Country of the month: Vietnam 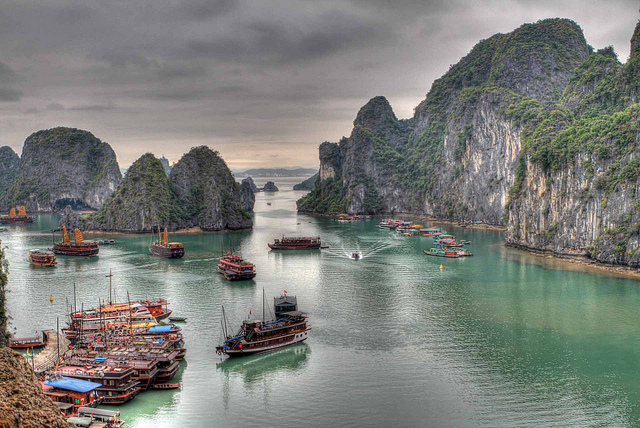 It’s also known as a country of festivals with nearly 8,000 festivals of different kinds being held throughout the year. If you are visiting a Vietnamese village the chances are that you might find yourself in the midst of a local festival. They aim to preserve and promote the traditional values of various Vietnamese ethnic groups. A plethora of cultural events and festivities are organised all year round following the lunar calendar. This means that the festival dates vary from year to year. To know the exact festival date it is best to check locally.

Festivals are usually divided into two parts: ceremony and festivities. While the ceremony rituals aim to pay respect to the ancestors and honour cultural values, the entertaining activities give the Vietnamese the opportunity to let loose. While seasonal festivals such as Vietnamese New Year and Mid Autumn Festival are celebrated nationwide, the majority of cultural celebrations are linked to local traditions and customs. This means that each region’s festival has its own distinctive features.

Attending a festival is a great way of emerging yourself into the Vietnamese culture. October is said to be one of the best months to visit so let’s take a look at what’s on in October and November.

For the Vietnamese, the night of the full moon is a time to pay their respects to their ancestors by making offerings at family altars while monks hold candlelit ceremonies at temples. On the day of the full moon, the 14th day of every lunar month, the old town of Hoi An switches off all lights to bask in the light of multi-coloured lanterns and flickering candles. 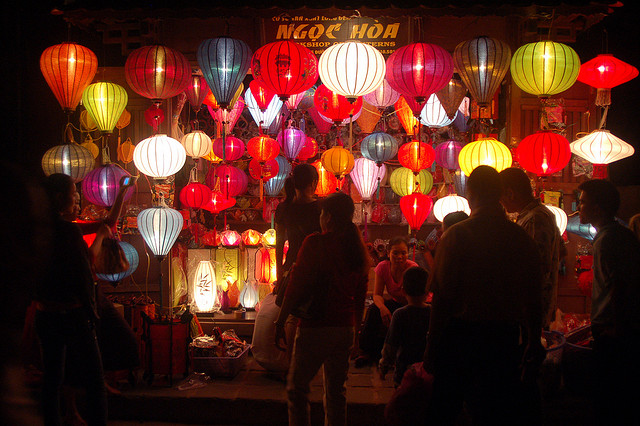 This month the event takes place on the 26th October. For all the other dates and information on the festival go to this website. A great way of watching the lanterns light up the sky and escaping the crowds is by traditional sapan boat. You can also buy a little cardboard lantern with a candle inside from street sellers. These lanterns will be dropped on the river and they are said to bring good luck, love and health.

Other things to look out for are the traditional games being played on the streets and the delicious Vietnamese food. Take the opportunity to try a piece of mooncake, which are only available on full moon nights.

Also don’t forget to try Vietnamese coffee; it’s coffee, but not as you know it. Vietnamese coffee is known for its use of sweetened condensed milk. It’s very strong, sweet, and thick and usually served over ice.

If you are planning on attending this festival, it’s recommended to book accommodation as early as possible, because the streets will be packed with Vietnamese and foreign visitors. If you are currently living in Vietnam, this is definitely a festival not to be missed!

The Ok Om Bok festival organised by the Khmer in the Medong area is well-known for its boat race. Ok Om Bok, also known as the moon- worshipping festival, usually falls in the month of November.

According to Khmer’s religious belief, the moon manages both the crops and the weather. The festival consists of two parts, the moon-worshipping ceremony and a boat race called Ghe Ngo. For the ceremony, the Khmer prepare many food offerings such as flatted green rice, sweet potatoes, bananas and much more. When it’s full moon, they serve their offerings to the moon god as a sign of gratitude and pray for a good harvest. 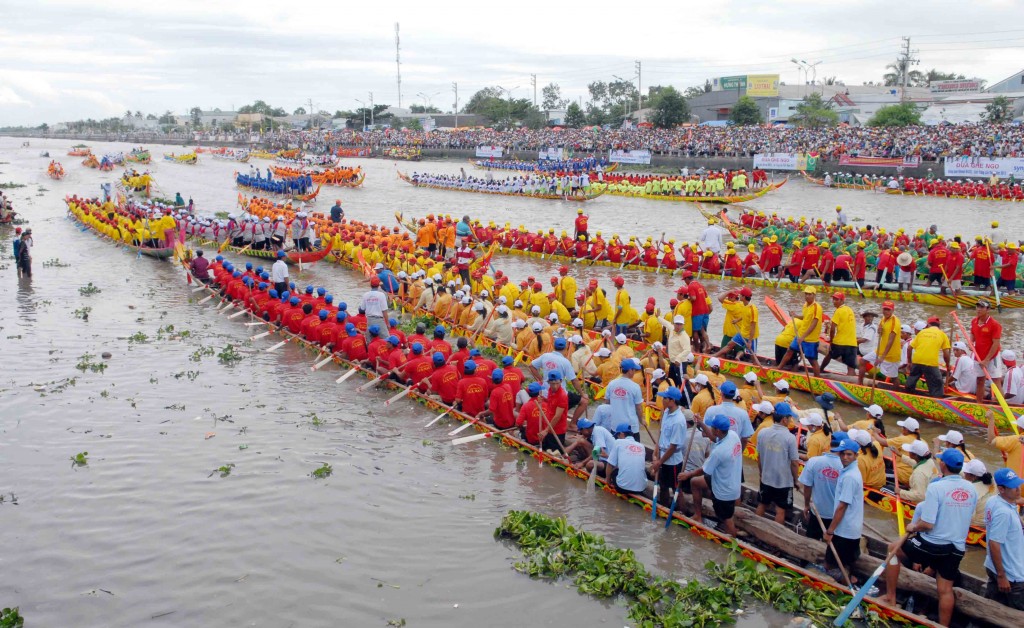 You can’t miss the Ngo boat race on the Long Binh river which is the highlight of the entire festival. It attracts hundreds of thousands of visitors both from Vietnam and abroad. Different teams race in so-called Ngo boats which are made of wood in the shape of the Nagar – the snake god which is an important symbol in the Khmer culture. One boat can hold up to 60 people thanks to its length of 27 meters and is beautifully decorated. Be aware that most of the people will go to the riverbanks in the early morning to secure a good viewing spot, even though the races are set in the afternoon.

Attending a festival is a great way of experiencing the Vietnamese culture. On top of that it gives you a memorable experience for life!

Have you ever been to a Vietnamese festival? Share your experience in the comments below.

Making Vietnam your new homebase? Check out our country guide.