5 things you should know before moving to France 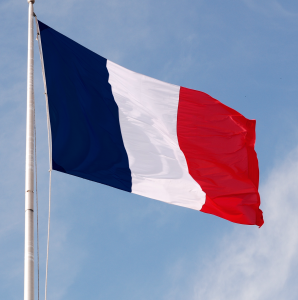 Obviously, France is a large country containing considerable differences within it. However, like anywhere, there are general things that expats often forget once  accommodation, jobs, and packing has been sorted. For expats moving to France, here are some handy pointers and things to remember.

The way the French behave, on the whole, will likely be quite different to what you’re used to. You will find that making friends or acquaintances takes quite a bit of effort, and the French like to uphold certain formalities.

For instance, when you arrive in the office, don’t just shout one big “hi” to your colleagues – in France it’s more common and accepted to greet as many colleagues as you can either by shaking their hand (men) or kissing lightly on cheeks for women (the amount of ‘pecks’ differs according to the area, but Parisians, for example, use two kisses).

In fact, even in more informal, familiar situations men will often greet each other with a handshake and women will give kisses. If the move is permanent and you have kids, you should help them learn the proper way to greet people as well.

2. French is the language of France

This may seem a little obvious but many expats tend to forget this and assume everyone can speak English. The French take a lot of pride in their language and do what they can to promote and uphold it. Even if it’s only on a basic level, learn some “survival” French before you move, and pick up the rest when you’re there. It will greatly benefit mutual understanding and make all the complications associated with moving abroad that extra bit easier.

The ‘B’ word that sends an immediate shot of dread to the brain. To be fair, paperwork and formalities are essential when moving to any foreign country; you just have to be prepared to go that extra mile when it comes to French bureaucracy. Expats in particular should be persistent with bureaucracy and chase things up – the British ‘after you’ mentality is a huge handicap in France. Doing some prior research is a good idea –  read guides on moving to France to best prepare yourself. Top tip: Be patient and have multiple copies of all your documentation and forms!

With the basics out of the way, there are also some specific examples of traditional French family customs to take into account.

Firstly, Christmas cards are not sent during the Christmas festive period. Instead, the French send New Year greetings between the 1st and 31st January.

Secondly, it is common to get together with family or friends for a big meal on Sundays or on occasions such as christenings, communions, weddings and funerals. These occasions can develop into big events that often involve intervals between courses for activities and amusements, sometimes followed by dancing into the early hours. While on the subject of that final day of the week, you should be aware that most things are closed on Sundays!

Lastly, as in many other countries, it is considered polite and courteous to bring a gift of some sort (wine, flowers, chocolates etc.) to the host of a dinner party or gathering to express gratitude.

Some expats have commented that the prospect of moving to France is only for the positive and open-minded. The reason for this can be traced back to the difficulty in meeting new people and making friends.

To elaborate, the French (particularly Parisians) are typically known as ‘closed’ or ‘distant’ with strangers and new people, meaning it is an advantage to have a friend or even acquaintance already in France. One suggestion would be to attend as many social or cultural events as you can, and be open to socialising with work colleagues. What’s more, there is already a significant expat community in France who are more than willing to welcome new additions for friendship and support!

Of course there are many things to take into account, but don’t let them dampen your enthusiasm! Moving to France is a great opportunity that will prove enriching and memorable for all those involved. The culture is varied, the language is beautiful, the country is stunning and the food is incredible! Every location and every venture has its drawbacks, you just have to take the leap and decide for yourself.

Are you an expat in France? What do you wish you had known before you moved? Let us know in the comments below.