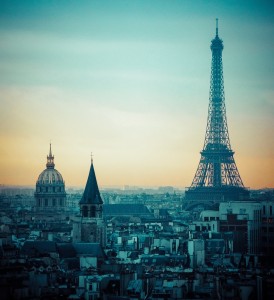 You’ve just moved to Paris and don’t want to look like a tourist? Here are a few tips on how to blend in among the oh-so-chic Parisians.

It’s not as bad as you think. First, kissing people you just met only happens if you’re going out and meeting the friend of a friend. This is only for women, and women meeting men. However, men will only kiss other men if they are among family – if not, they will shake hands. The number of kisses can be tricky. In Paris, it is often a kiss on each cheek, but you should know that in Lyon it is often three kisses, and in the south of France, it can be four.

All in all, the French will only kiss in informal situations, so don’t expect anyone to kiss you if you go to a job interview.

Driving around Paris can be very time-consuming, especially during rush hour – and that’s without the struggle to find a parking space. Most Parisians take the metro, which covers a very wide area (14 lines), the bus, the tram and the RER – the express train network connecting Paris to the surrounding suburbs. Just so you know, some of the old metros and RER trains have doors that can open a few seconds before the train stops, so don’t be alarmed if people jump out while the train is still in motion.

If you take public transport everyday, registering for a Pass Navigo will make your life easier. This card allows you to swipe your way through every barrier, regardless of the type of transportation you are taking. You can buy a Pass Navigo for a week, a month or even a year for unlimited access, which is a lot cheaper than buying individual tickets.

If you want to go green, you can also rent a Velib’ bike. The Velib’ service allows you to use one of the 20,000 bikes to get around the city, and it’s quite cheap. Also, Paris has numerous cycle lanes, or bus/taxi/bike lanes. Be careful though, as it can be a little dangerous to cycle around Paris if you don’t know the city. Take some time to observe how people drive first.

If you live in Paris – actually, you probably won’t be living in Paris because it’s too expensive, but let’s say you work there – you will be mingling with the Parisian routine, which is Metro, boulot, dodo (or metro, work, sleep). But in between, you will also need to buy groceries and go out, so here are a couple of things you should know.

Parisians typically buy a baguette every morning (croissants are more of a weekend type of breakfast) at the boulangerie (bakery) down the street. There are boulangeries everywhere, and prices are quite similar (although you should watch out for the ones near tourist attractions). In any case, a baguette should never be more than €0.80 to €0.90. 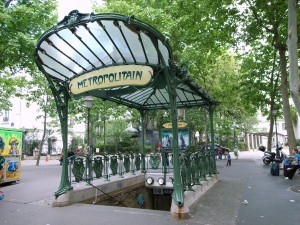 Tipping in Paris is different than in other big cities. First of all, Parisians don’t tip as much as tourists do. Tipping in France is not mandatory, but shows your appreciation for good service. In a bistro, a tip can be between 5% and 10% of the bill.

When you enter a shop, you might get the loud “bonjour” coming from an unknown location behind a shelf, which makes it difficult to respond (but you should always do it anyway). This welcoming behaviour is mostly typical of clothing stores in main streets and big shopping centers. Don’t expect it in a big supermarket though.

Contrary to popular belief, Paris closes down on Sundays. Yes, it is the capital and you might think shops are open all the time, but unless you are walking down the Champs Élysees, or unless it’s Christmas, you can’t just go out and shop on a Sunday. The weekend is an important time to rest, for everybody.

Finally, depending on where you’re from, you may find Parisians to be rude or aggressive. On the metro for instance, people don’t look or smile at each other: if you happen to catch someone’s eye, don’t be surprised if they take it the wrong way. In fact, be prepared for some major shouting if you disturb the routine, such as being stuck on the roundabout without knowing where to go. The motto is: if you can’t drive, don’t!

The French also love to complain when something is not to their liking. Instead of finding this outrageous, give it a try too. It will help you blend in, and it is kind of liberating.

Overall, don’t worry! Paris is one of the most amazing cities in the world, and becoming a Parisian will help you survive anywhere.