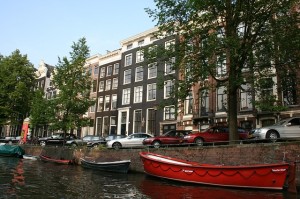 In the first of our new series of posts about blending in like a local, we journey to Amsterdam.

Being amongst the cities that welcome the largest number of tourists in Europe annually, Amsterdam is definitely a tourist hotspot. However, unlike other cities such as Paris and London, Amsterdam has no large, world-famous landmarks, but is mainly known for its culture and liberal mindset.

This can make it rather hard for expats to know the difference between what is pretending to be local and what is really local. Below you will find some tips and information on how you can blend into Amsterdam like a local and not stand out like a tourist.

First the bike of course. It’s not so hard to ride a bike, although in Amsterdam it can be quite a challenge. Even though the city has an extensive network of cycle lanes, the roads are very busy with traffic and trams and in the city centre you will rarely be the only cyclist on the path. The Dutch follow several basic rules for cyclists, such as sticking out your hand left or right when you turn and ringing the bell when you are going to pass someone. 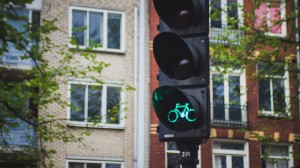 Usually, cyclists do not cycle on normal roads, unless there is no other option, for instance in smaller streets. At night (from the moment the street lights go on), by law you must have lights on your bike. Many Amsterdammers use an old and rusty bike that is less likely to get stolen or to end up on the bottom of one of the grachten (canals). Be smart and do not buy an expensive new bike!

Know where (not) to go

Squares and streets such as Leidseplein, Waterlooplein and Damrak are always full of tourists and locals tend to avoid going out for dinner or drinks here. Mostly because it will be expensive, but also because there are much nicer and more authentic places to go. Try Rembrandtplein, Nieuwmarkt and the 9 streets. Also, have a look around the Oosterpark and in the Jordaan area for trendy bars and restaurants. Usually the Dutch round up the total when paying a bill to give the waiter a tip.

Dutch people love food from all over the world. The cuisines of many countries and cultures are represented in Amsterdam and your Dutch friends will probably love it when you cook something exotic for them. The Dutch cuisine in general is practical: filling, healthy, easy and affordable. A very traditional Dutch dish is stamppot: mashed potatoes with vegetables and stew. 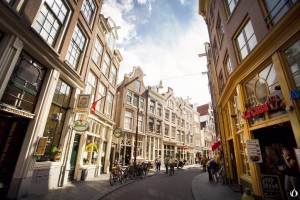 Most people have dinner between 6 and 7 pm, followed by a coffee at 8 pm whilst watching the news. Lunch is typically at 1 pm often consists of a boterham, which is sandwich-like bread, spread with butter and, for example, cheese, jam, peanut butter or chocolate sprinkles on top. They are prepared at home in the morning and then taken to work or school.

Generally speaking, Amsterdammers tend to ignore the north part of the city, Amsterdam-Noord, which is on the other side of the IJ lake and therefore not considered to be part of the city. However, there is one exception, which is the NDSM-werf. This dockyard looks like a post-apocalyptic film set and it features lots of trendy bars, restaurants and festivals which are popular amongst the many hipster people that live in Amsterdam. The area can be reached by a ferry that departs from the back of the Central Station. Of course you can bring your bike (and your boterham).

Dutch people love to complain. Not only about the unpredictable weather, but really about everything. They also tend to like a bit of self-mockery. Do not be afraid to express your opinion and share your words of complaint, but be careful with saying anything bad about the Dutch themselves! Jokes about Belgium are acceptable!

The last tip: learning Dutch can be tough, but it is highly recommended when living in the Netherlands. Even though most people will speak some English, of course they feel more comfortable speaking their own language. Besides, it is the best way to discover the Dutch culture in general. Some basic Dutch phrases can be found here.