What do expats think of living in the UK? 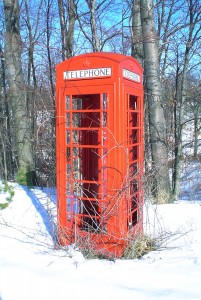 Excessive sarcasm, alcohol and rain tend to be some of the main British stereotypes bandied around. Many like to think of these clichés as unfair. However, unfortunately for Brits, a survey of 1,402 expats living in the UK by GlobalVisas.com has found them to ring true.

The survey highlights the worst things about living in the UK, according to the expats. Of the problems mentioned, bad weather was cited by 38% of respondents, making it the least popular aspect of living in the UK. At least that’s one thing British people can agree with!

However, 28% also said they didn’t like the British drinking culture, and 22% weren’t fans of the food. These negatives were enough to mean that nearly a third out of the 1,402 polled don’t appear to like living in the country.

British people needn’t entirely despair yet though, as 77% of respondents held generally favourable opinions of them. Despite this, the main social deficiencies pointed to were, excess drinking by almost half, and sarcasm by nearly a third.

It seems slightly unfair to identify to these traits as being inherently negative. What better way to deal with bad weather and a lack of culinary prowess by laughing at it over a few drinks? British sarcasm often goes hand in hand with a tendency for self deprecation, and an ability to laugh at yourself. These seem a pretty good method of dealing with unavoidable negativities that life throws at all of us.

So what is it that people do like about people in the UK? Almost half identified impeccable manners as the best trait, and 40% the unrivalled ability of British people to form an orderly queue. It looks like this politeness is paying off, as for those that found living in the UK didn’t meet their expectations, 61% left with an improved opinion of both the people and the place.

Overall, these results shouldn’t be too devastating for the people of the UK. Even if the weather’s bad, it makes for some incredible countryside. The humour and the food might not be to everyone’s taste, but nowhere’s perfect. And most fortunately for Brits, everyone knows that good manners don’t cost a thing, so we’ve all got that bit more money for drinking! Cheers to that.

What do you think? Do these results compare with your experience of Britain?