International romance – Is there such a thing as love without borders? 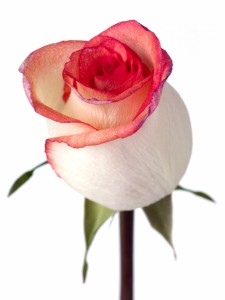 In Taiwan we say that when two people fall in love, ‘the weight is not a problem, and the differences of height cause no distance’. This is used to describe how people embrace every little detail of the one they love.However, when it comes to international romance, there are many questions: are relationships between people with different nationalities easily accepted? How is dating a foreigner different from dating someone from your own country? Are there any difficulties?Generally speaking, most people see no problem with relationships involving two different nationalities – this is especially true in the West. Most people think that as long as the relationship is healthy and the couple is happy, then they should be accepted.

However, traditional families do not see international romance this way. Take my relationship with my Dutch boyfriend as an example. Once my mother found out I was seeing a foreigner she was furious,  because it is one of the things that will ‘ruin a girl’s reputation in the village’. It took my family over one year to realize that we were determined to be together, and only then did they accept to have dinner with us.

While societal pressure on international couples is far less than before, there are still problems that arise, especially when it comes to cultural issues. But this can be overcome by learning more about each other’s cultures – only then can you really understand each other. For instance, my boyfriend used to complain that I talk too indirectly, making myself difficult to be understood. Meanwhile, I thought that he talked so directly that it offended me. We solved this problem (and also many others) by reminding each other of our cultural differences, accepting them and adjusting ourselves.

Relationships between people of different nationalities and cultural backgrounds can not only work but also thrive. However, it depends on whether the people involved are willing to make concessions and learn about each other’s culture. Only then will they be able to fully appreciate each other.