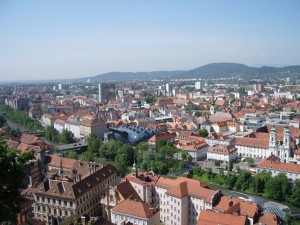 Until very recently, this little country in the centre of Europe didn’t attract a lot of publicity, which may be why it is little known to Europe and the rest of the world. Before Conchita Wurst’s (the bearded lady’s) performance at the Eurovision Song Contest, the first association people made with Austrians was, “Aren’t they like Germans?”. The number one piece of advice for people going to Austria would be: Don’t say that to Austrians. They don’t like it – at all.

Although Austrians and Germans share history, a common language, a similar way of living, and a passion for beer, they are not alike. Actually, the stereotypes about Germans most people know are also present in Austria. Austrians think they are very different and they distinguish themselves from the Germans in that they are more “southern”. They consider themselves a more relaxed, more easygoing and friendlier people. Of course, this is the Austrian point of view. But once you get to know Austrians, it will be hard to deny they are different from their German neighbours.

Another assumption, often causing a degree of confusion, is because German is spoken in both Germany and Austria, they are equally understandable. Again and again, unsuspecting expats arrive in Austria and, proud of their German and eager to use it, are disillusioned in an instant – they don’t understand the Austrians. This is nothing to be surprised about. Germans and Austrians do share a common language, but two parts of one whole can still be very different – certainly in this case they are.

It may be the Austrians’ “southerness” that makes their German a little less intelligible: some vowels are dragged out, consonants soften or disappear, and on top of that, grammatical standards are dropped. This is because Austria is a nation of dialect speakers. There is an Austrian standard of German that is not to be confused with an Austrian accent (Germans do that), but Austrians just don’t like to speak German, they have their dialects. And they speak them. If you go to Austria and already speak German,  the dialect spoken in your region is still something you will have to get used to.

Austria – “Land of the mountains” 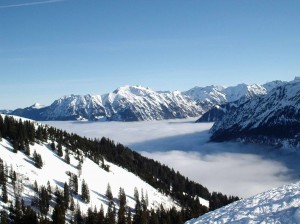 That’s the beginning of the Austrian national anthem and it may reflect the image of Austria most foreigners have in their mind. Austria is known for its beautiful landscape and mostly, it is the mountainous regions people think of first.

Cities such as Salzburg and Innsbruck come to mind. However, one third of Austria is pretty flat, and its two largest cities are located in the lowland. Vienna, the capital of Austria, as well as the cultural, economic and political centre, is well known in Europe and the world. But did you know the second largest city and former capital of Austria was Graz? It is definitely worth a visit and the second most important destination for international visitors, especially students and expats.

Immediately after thinking of Austria’s mountains comes the association with skiing, the – supposed – national sport of Austria. Well, Austrians are good at skiing and, admittedly, there are few Austrian people who do not know how to ski. But it’s not the national sport. Believe it or not, the national sport is football, and many Austrians like to play it in their free time and they love to watch it. The national football team, however, performs miserably.

To spare themselves the embarrassment they have to put up with during qualifications for international tournaments, which usually result in humiliation, Austrians tend to watch German, Spanish or English football. Speaking about (international) football is something that will definitely allow you to become closer to your new Austrian friends and colleagues.

One last comment on Austrian culture, and back to the bearded lady (Conchita Wurst if you’re not a Eurovision fan). When talking about famous Austrians, a lot of musicians seem to come up, such as Conchita Wurst. Classical musicians are also mentioned, with Mozart leading the list. Some generations may even remember Falco, the popular Austrian pop singer from the 90s. The most famous Austrian in the world today is not a musician, though, it is probably Arnold Schwarzenegger. Yes, the Terminator is Austrian.