The world’s most liveable cities 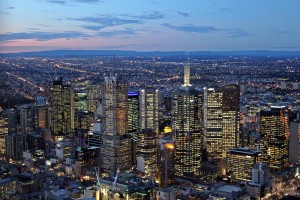 The Global Liveability Ranking assesses 140 cities around the world with respect to certain criteria within five categories – stability, healthcare, culture and environment, education, and infrastructure. If these criteria are important to you, you might want to take good account of this rating. For expats, it is an almost ideal ranking when it comes to choosing their next hometown.The only thing you want to be careful about are living costs – they are not accounted for in the index calculations.

Melbourne – Melbourne fared very well in the ranking, reaching 97.5 points out of a possible 100. The Australian metropolis got full marks (100) for the categories of healthcare, education and infrastructure. Its rating for stability is 95, the rating for culture and environment 95.2. According to the EIU, Melbourne ranks in first place; in a study by *Mercer from 2014, however, calculating costs of living in Melbourne, the city is the 33rd least expensive.

Vienna – The Austrian capital scores similarly to Melbourne, with a total of 97.4 points on the index. It was awarded results identical to Melbourne, except for the category of culture and environment, for which the EIU awarded 94.4 points to Vienna. With respect to living costs, it ranks one notch above Melbourne, as the 32nd least expensive city to live in.

Vancouver – The seaport in British Columbia ranked number 3 in the EIU index, with a total of 97.3 points. It achieved a full score in the categories of healthcare, culture and environment, and education. Scores for stability and infrastructure amounted to 95 and 92.9 respectively. The Mercer index lists Vancouver as relatively expensive, occupying place number 96 out of 211. 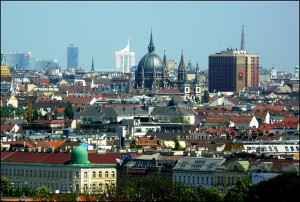 However, if money is no object, you have a variety of options to choose from when looking for a new city of residence. If you fancy living somewhere in Australia, you have three more cities beside Melbourne in the top ten: Adelaide (5th), Sydney (7th), and Perth (9th). Canada also performed well, offering two more top-ten expat destinations apart from Vancouver (3rd), such as Toronto (4th), and Calgary (5th). Vienna (Austria, 2nd), Helsinki (Finland, 8th) and Auckland (New Zealand, 10th) are also rated as great places to live.

Whereas the top ten cities haven’t changed in the last three years, plenty of change has taken place further down the scale. Some cities have lost index points, so if you are planning on moving to a European city, you might not want to go to Athens, Lisbon, or London (55th, one place above New York). These are the three lowest-ranking European cities in the index.

*For more information on living costs there is a very comprehensive study on quality of living in expat destinations. It is conducted by Mercer and ranks 211 cities around the world, based on the cost of living.