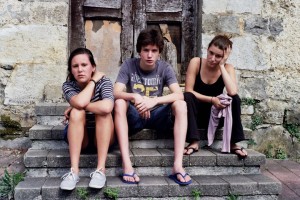 Global mobility is higher than ever before and with more employees now willing to relocate their families to other counties, we are seeing more and more third culture, or trans-culture, kids (TCKs). To put it simply, a TCK is someone who has spent a significant amount of time growing up in a different culture (or cultures) than their parents. The ‘third culture’ represents all the elements of each culture merged into one.

Born to a Uruguayan mother, Brazilian/American father and having grown up between Brazil, the US, and Spain, I feel there are a few things to be said regarding the social awkwardness of being a TCK.  We tend to get asked a lot of the same questions. Unless the person asking the question is expecting page long explanations, it becomes difficult to answer truthfully. Brevity comes at the expense of misrepresenting yourself and this can be quite a social dilemma for TCKs.

Whether you yourself are a TCK or if you happen to know some, there are probably a few questions that already come to mind. Here are the top four most annoying questions for TCKs to answer.

This is usually the first question you ask someone when meeting them for the first time, especially in an expat environment, but it is widely known to be a head scratcher among TCKs. This is because people who are born in one country and then raised in others are not really from anywhere in particular. The dilemma here is, if you want to save time by giving a simple answer: “I am from X”, TCKs almost always receive follow-up questions such as “Oh, but how come you speak English so well?” or “You don’t sound/look like you’re from X” which then opens up the proverbial can of worms.

It is also difficult for TCKs to truthfully answer this question without coming across as more pretentious or arrogant than they intend to. Of course, most people are simply interested in where you are from and don’t mind hearing your story for a few extra minutes, but answering this question as a TCK can extend small talk longer than is necessary.

Some TCKs have no problem with this question. Yet, from my experience I found that those who have lived in several different countries don’t usually prefer one place over another, but often see the pros and cons of living in each country. The best country for what? Food? Climate? Safety? Nightlife? There are simply too many aspects to like and dislike about each place and I don’t think many TCKs have the patience to sit down and weigh up the positive and negative aspects of each country in order to give a straightforward answer to this question. 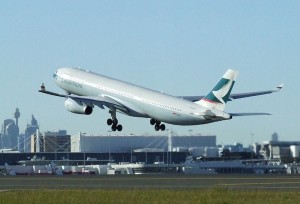 Home can be a touchy word for those without definitive roots considering its role in how we define ourselves as people. Would home be where your friends and family live? What happens if they’re all spread out between different countries, or even continents? Is it where you spent most of your time growing up? I know TCKs who feel little affiliation to the countries they grew up in. Some TCKs feel strongly connected to more than one place while others will feel at home no matter where in the world they are. However, they tend to interpret “home” as a concept rather than a geographical location and this is not in line with how the large majority of people view it.

It’s surprising how we don’t stop to ponder how distinctive language and thinking are from each other. Although I have no intention of turning this blogpost into an hour long debate on cognitive linguistics, many experts do say that most of our thinking is prelinguistic, which makes “What language do you think in?” a fairly complex question.

Most of us only think in a language when we are planning how we will say something, when we imagine how a situation will play out or when counting in our heads. Surely, what will determine the language of these thought processes is the context of what you are thinking. For example, if I am thinking about a funny moment I had with my Spanish friend, then I will probably imagine it in Spanish.

While TCKs are used to being asked these questions, we don’t always have the answers prepared neatly in our heads, so don’t be surprised if you get a complicated or longer-than-expected answer. In fact, I am sure we ask silly and annoying questions when we meet new people, so feel free to ask us anything. We won’t bite!

What questions do you find hard to answer as an expat? Share you thoughts below!