World festivals in September and October 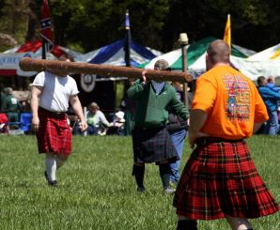 Aside from the main festive periods of the year which usually revolve around religious celebrations, there are many festivals that take place on an annual basis.

In the first of a two part series, Just Landed takes a look at some of the most popular festivals this autumn period.

Gerewol Festival – The Gerewol festival is an annual festival held in In-Gall in northwest Niger, Africa. The festival is an annual courtship among the Wodaabe Fula people of Niger. Painted faces, singing and dancing are the main methods of courtship and are part of Fula traditions. They make an impressive sight for any traveller visiting or residing in the surrounding areas. Festivities last for about a week and the procession now welcomes tourists since its documentation in various films and magazines.

Braemar Gathering – The Braemar Gathering is located in the small Scottish village of Braemar, 93km west of Aberdeen in the Scottish Highlands. It is known locally as ‘The Games’, the event attracts over 20,000 people to its highland games. The Gathering is even traditionally attended by the Royal family. Crowds gather in the grandstands to watch athletes from all over the world compete in various events such as tossing the caber, throwing the hammer and tug of war. It is held annually on the first saturday of September is a very entertaining spectacle for anyone wanting to experience traditional Scottish culture.

Diwali – Also commonly known as the festival of lights, Diwali is one of the largest festivals in the world. The dates of the festival vary but usually start between September/October and end in October/November. The festival is observed by a variety of religions but is most highly regarded by Hindus as it is the equivalent of Christianity’s Christmas. Small clay lamps are lit for an entire night as well as the house being cleaned to welcome the goddess Lakshmi. Firecrackers are also lit to drive away evil spirits. Each day during the festival has a different significance where customs are respected. While the festival is celebrated all over the world, to find the true experience, you should travel to India for the full festivities.

Halloween – Salem, Massachusetts – If you want to experience a Halloween apart from trick-or-treating, you should head to Salem, U.S.A. Salem is where witch hunts were held during the spring and summer of 1692 and they still leave their mark on the community today. Haunted Happenings is a month long organised schedule of events in October and attracts many tourists. If you plan on going to Salem for Halloween, expect it to be very busy and difficult to get to via road.

Look out for our next festivals installment, coming in October!

Thanks for your comment Kaminski! I completely agree with you, well worth a visit! Look out for our next festivals installment coming soon!

Braemar Gathering is really worth of mentioning. Great event!