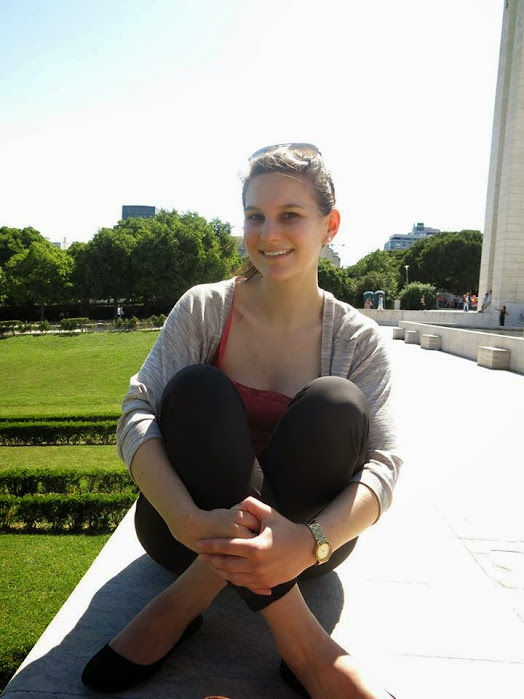 For our October interview we head to Lisbon, Europe’s sunniest capital city.

Language-loving, Austrian expat Britta shares her story of falling in love with Portugal’s capital while studying there.

My name is Britta and I grew up in a small town in the south of Austria. I’ve always dreamed of living abroad and I’ve loved languages ever since I could read and write, I decided to study translation and interpreting with Spanish and Arabic as foreign languages. Two years ago I added Portuguese as a “side project“ without the slightest clue that just one year later it would turn into my “life project”.

Why did you move?

Let’s say I was at the right place at the right time. I was granted a scholarship to study Portuguese for eight months at a Portuguese University. Next thing I knew, it was September 2013 and I was sat on a plane bound for the Portuguese capital Lisbon (Lisboa), my new home. The months went by and when my course ended at the end of May this year, I felt like my “mission” in Portugal was still not complete. So, after a little reflective phase, I decided to look for a job to enable me to stay longer in Portugal.

In the end, finding something went quicker than I could ever imagine and I am more than grateful for that. I started my new job in the last week of August , which means that for now, my journey in Portugal will go on and, even though I don’t know for how long, I already know that, once I leave, I will have saudades para sempre.

I can’t really decide between the excellent coffee you can get on almost any corner, the all-year-round pleasant weather (though the winter was a bit difficult at first and felt colder than in my “wintery” home country due to a lack of heating), the language, which is only the most beautiful language in the world (and I’m being very objective here, of course) or the Portuguese people.

Well, I think I will go with the extremely kind and warm people that are always so nice to be around. More than once I saw certain situations, such as Metro or bus strikes, or long queues, and was always amazed about how calm and patient the Portuguese are, where your average group of Austrians would already be on the verge of a total freak-out (no offense to my fellow Austrians though).

I don’t really miss places but, aside from food and some other little things, I miss my people most of all. Even though nowadays the world is a lot smaller thanks to the Internet, which allows you to stay in contact easily, it can also be quite hard to be far away from your friends and family. But well, my friends in Austria are spread all over the country, not to mention those who live abroad themselves, so missing people and not being able to see anyone at any time has always been, and will always be, a part of the game. 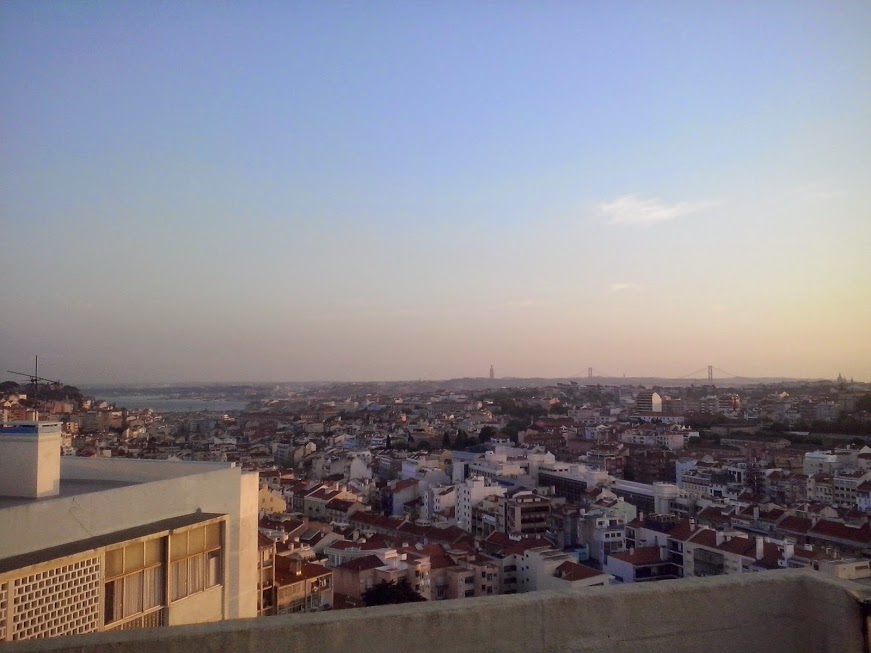 Britta shares her views of Lisbon in our newest expat interview.

Obviously it would be the economic crisis Portugal is suffering at the moment. The unemployment rate is very high, and a lot of, especially younger, people are facing poverty even though they have a job. It makes me really sad, every time I hear about precarious work conditions or read yet another article about someone who decided to leave the country in search of a better job with better conditions and a more secure life. I really hope that the economic and financial situation of Portugal and the Portuguese will change soon for the better, because the people deserve so much more.

For now I feel quite comfortable in Portugal, but I can also imagine moving back to Austria or to live somewhere in Latin America, Spain, North Africa or the Middle East, or wherever something or someone will guide me. I’m really not that picky.

Actually, the beginning was quite easy. From day one I felt at home in Lisboa and walked through the streets as if I had lived there for my whole life. Also, the people treated me as if I were one of them and only after a few days I was asked for the way and other information (mostly in Portuguese) and so on. However, there was a time when I missed my friends from home a lot (of course, I still do) and making new ones was harder than I imagined, or rather harder than it was in similar situations before. But fortunately, this is no longer the case and after all it was more of a personal situation that could have happened anywhere and has not necessarily to do with Portugal. Like I said, I felt at home here from the beginning.

Learn the language. Portugal is one of those countries where you can get by and manage day-to-day life using English, since most of the people (especially in the bigger cities) have a very good command of the language. (Also, they are just too friendly NOT to help you, not matter which language you speak). But still, I can only recommend you to make an effort and try to speak the language, because, I think that this way it will be a lot easier for you to feel at home and like a part of society.

Don’t criticize the way things work (or don’t work). Yes, the country is in a bad financial and economic situation. Yes, the bureaucracy might be a bit complicated sometimes but in my experience its no more difficult than in other countries. Also, to compare Portugal with my home country, for everything that I thought worked better in Austria, I have found at least one other thing that works better in Portugal. Once you have made some close Portuguese friends, I’m sure you can discuss topics concerning the economy with them, if you wish to do so. But complaining about how bad X and Y are and how much better this works in your home country is just ignorant and rude.

Finally, be friendly and polite and don’t forget to smile and you will get along with basically everyone.