Are Brits taking over the expat world? 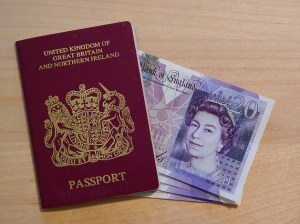 There is a high presence of British expats in every major business center in the world.

According to NatWest IPB Quality of Life Index, almost 5 million British expats live and work abroad. Most of them live in Australia, Spain and the US. Moreover, there are 41 countries who have a British community of at least 10,000 expats and 112 countries have at least 1,000.

Dave Isley, Head of NatWest International Personal Banking said, “Either by design or accident, British expats are our ambassadors abroad and are playing a pivotal role in promoting values and best practices. Their contribution to local economies and communities – either financially or socially – cannot be underestimated.

“The common glue is the English language which has proved to be a vital tool and has played a leading role in the globalised world. It has provided a common platform for international drive; driven global collaboration and thinking; and opened the doors to opportunities around the world. The English language is an industrial tool now as basic as the screwdriver.”

Businessmen and women earn their good global reputation with hard work. They are well known worldwide for their expertise as well as for their ethical approach to conducting business.
The top business centers in China are Beijing and Shanghai; more than 38,000 British expats live and work there. In Beijing, almost 20,000 British expats are mainly employed in management and marketing positions, information technology, telecommunication, education and finance sectors. In Shanghai there are 400,000 expats in total, 8,000 of them are British (2%).

Among all the Asian cities with expats, Singapore is ranked first with 1 million foreigners, 45.000 of them are British. It has become a gateway for businesses and investors trying to access to world’s fastest growing consumer markets in China. Singapore has a population of 4.7 million of which about 24% are foreigners. (1 Million). Of these, it is estimated that 45,000 are British.

In the United Arab Emirates the British expats represent the largest western community, with approximately 100,000 expats.

Dave Isley adds, “There is a vast number of teachers living abroad, teaching and sharing the English language, passing an invaluable tool on to children across the globe”.

“The increase in the number of English speaking international schools means that the skills offered and the role teachers play in the community will continue to be in demand. The English language is a highly valued tool which is still held in high esteem by many parents across the globe. Our British teachers are continuing to spread the English language across the globe and, in doing so, are securing the future and opening doors for many.”

Curious. I have so far not come across this pheumoinnm but we do not know many expats here in our region of France.Our eldest daughter is now 20 and was interested in the possibility of going back to the UK for university. When the crunch came though, she was put off by two specific things:1. the cost (did not want student debt!)2. she has visited her best friend in the UK every year since we moved to France, and has become increasingly aware that a young persons life’ in the UK is very different to her (& her French friends) lifestyle here. And she definitely prefers her social life here.So Montpellier Uni it was, although both daughters YEARN for the UK shops, which I think will never change.Our youngest daughter (now 14) is positively averse to going back to the UK. She feels French to her core and finds it quite disconcerting on trips back. A trifle sad, we think but part of the reality.Our eldest daughter recognises that for a longterm career she will probably be looking at Anglo/American companies with French offices. Because fluency in 2-3 languages is still unusual in those countries (so her CV should stand out) whilst most French employees in French corporations speak multi languages, so she would have no advantage at all!