Are immigrants the cure for crisis? 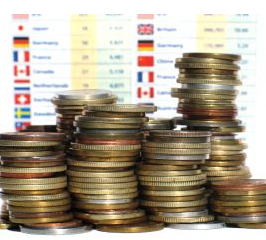 Research is showing that immigrant networks, also called diasporas, can have a positive impact on the economies both of their host countries and back home.

Today the world has some 215 million first-generation migrants. That is 40% more than in 1990, and 3% of the world’s population. If these immigrants made up one nation, its population would be larger than Brazil. In such great numbers, diasporas will obviously have an economic influence.

While the idea of diasporas has been around thousands of years, the recent boom of cheap and easy travel has allowed for immigrant networks to grow dramatically.

With many nations in economic hardship, more citizens look abroad to find solutions such as higher paying jobs. It is also becoming increasingly appealing to pursue higher education in Western countries.

However, such a high rate of immigration begs the question: Does immigration lead to ‘brain drain’ for home countries? Not really. Of those who obtain higher education abroad, most return home afterward with a slew of new international contacts, eager to set up businesses, and ready to apply their new skills. Others return, but continue to work with peers from abroad and help to spread ideas more quickly. Today, many intellectuals and political leaders in a variety of countries hold degrees from top universities located in the UK or the USA.

Host countries are profiting too

Many Western businesses, especially technology and engineering firms, are taking advantage of diasporas to expand their operations to China and other rapidly-growing nations. Immigrant networks have close ties with both potential business partners and consumers abroad, and via residents of their native country, they can facilitate business expansion, market access, or enrich collaborations due to their knowledge of the insider market (including language and culture).

In fact, a new US report from the state of Maryland concluded, “In general, immigration leads to higher economic growth and greater levels of income per capita not only for the immigrants themselves, but, on average, for the U.S.-born persons as well”.

Immigrant communities can influence the economic and political processes of host countries in favor of their home countries, but they also contribute socially and culturally.

In the end, people are moving. There are more Chinese living outside of China than there are French people living in France. The world is getting flatter by the day, but does diversity equal progress? As the worldwide economy struggles and immigration grows, perhaps political and business leaders should consider that immigrants are contributing to the GDP and that diversity can help to fuel the economy.

This idea is not too different from the outsourcing industry. Just like the immigrants, tasks are also displaced from their home country (host companies) to foreign countries (destination companies).