Everyone always speaks of the high-life of being an expat. Deciding to pack up your belongings and embarking on a new adventure is great. It’s a decision we’re making based on our desire to explore new destinations and learn new things; but we know that if everything fails we do still have the option to go back home. However, it is quite different to be an expat than an exile (whether by force or choice), one who cannot (or refuses) to return to his home country where his family and friends reside.

Whether they went into exile for treason, death threats or tax evasions, these five famous people still managed to make a name for themselves abroad as expat exiles. 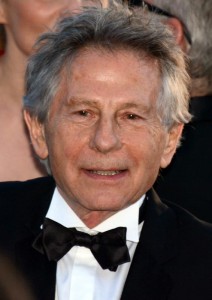 Academy Award winning filmmaker Roman Polanski was unable to personally pick up his recognition in 2002 for his film “The Pianist” because he lives in exile. Although he was actually born in Paris to Polish parents, meaning he holds dual citizenship, he lived in the United States for the greater part of his life until, in 1977 he was prosecuted for a sex crime he committed. To avoid sentence, he fled the country and went into exile. Over 30 years later, the United States government are still trying to convince France and Poland to extradite him back to the US so he can be charged for his crime.

The Marxist revolutionary and Soviet politician Leon Trotsky was famously deported from the Soviet Union by Joseph Stalin in 1929. He was considered a traitor as he had collaborated with Bolshevik revolutionary Vladimir Lenin (who preceded Stalin). Additionally, he had been deported from Russia three times previously and expelled from different countries for being too radical. When Lenin died and Stalin took power, Trotsky was finally exiled forever. Turkey was the only country to open its doors for him, but in 1936 he was granted asylum in Mexico where he lived  the remaining 4 years of his life before a Spanish communist fatally wounded him with an ice axe in 1940. 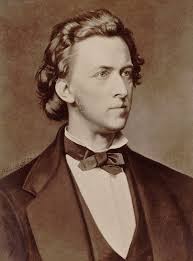 We have all listened to this Polish-born composer and pianist with plenty gusto and are probably guilty of humming along to his powerful melodies. However, this virtuoso fled Poland when he was 20 years old and made home in Paris. He wasn’t forced into exile, but chose to live like  one after the Russian army invaded his homeland Poland which meant that consequently returning home would pose a threat to his work and his life. When the army took over, he composed the Etude in C minor, aptly named “Revolutionary”, which would go on to become one of his most famous pieces. He remained in exile until his death on October 17, 1849.

Born in Peru but raised in Chile, this best-selling writer is now a political exile living in the United States after fleeing for her life. Isabel Allende is directly related to many Chilean politicians, such as Salvador Allende who was President of Chile from 1970 to 1973. Although he was a distant uncle of hers, she was still targeted as part of the Allende family. After the military coup in Chile when Pinochet took power, the entire Allende family were blacklisted by the military and threatened. Close relatives of hers barely escaped assassination, so she decided to escape to Venezuela with her husband and children where she spent the next 13 years. She eventually moved to California where she re-married and continues to write best-seller novels in Spanish to this day. 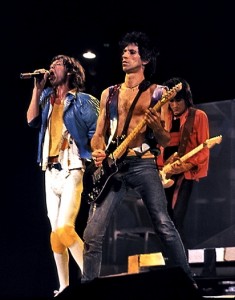 Back in the 1960s, the “new millionaires” in the UK were forced to pay 90% of their earnings in taxes, which led to many rising artists deciding to flee the country. Amongst them, the Rolling Stones were the first to pack up their belongings and leave England, settling in the south of France in 1971. Although they were still in debt to the IRS, the much lower taxes in France allowed them to earn more while paying off their debt. As a result, they released “Exile on Main St.”, a double album still considered to be one of the best albums in rock history today. The name made reference to their exile lifestyle in the French Riviera or “Main Street”. To this day, Mick Jagger and Keith Richards are only permitted to spend a few months a year in the UK.

Today, many people are still living in exile, whether they are fleeing from wars, poverty, threats, or the law. But all in all, they are expats like you and me, and they are certainly learning to adjust to the culture and lifestyle of a place they may well soon refer to as “home”.