Most expensive cities for expats in 2014 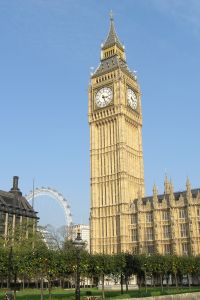 The cost of living in London is the highest in the world when it comes to everyday essentials.

For expats planning a move abroad finances and budgeting for the first few months can be tough. So which cities are the most expensive? Is it London, New York or Singapore?

According to Expatistan, the cost of living in London is the highest in the world when it comes to everyday essentials such as groceries, petrol, rent and electronics. The Daily Mail also reported that entertainment is a massive cost in London where cinemas can charge up to £22.40 (€27) for a ticket. This makes London the most expensive city on Earth to watch a movie!

The cheapest city for expats in Europe is Chişinău (Moldova) which came in 197th place out of the 206 cities on the list, followed by Skopje in Macedonia (190).

Greenville (South Carolina) and Omaha (Nebraska) are the cheapest cities in North America. A cinema ticket in Omaha will set you back around $6 (€4.30).

Singapore is the only Asian city to make the top 10, coming in 7th position. The cost of living in Hong Kong (12th), Asia’s second most expensive city is 7% cheaper than in Singapore. For expats on a budget seven of the 10 cheapest cities in the world are found in India and Pakistan, by far the cheapest region in Asia to live.

The cheapest cities in South East Asia are Manila (Philippines), Ho Chi Minh City (Vietnam) and Chiang Mai (Thailand). As a comparison, it is 67% cheaper to live in Ho Chi Minh city than it is in Singapore.

The perennial expat destination of Australia has seen a strengthening of the Australian dollar pushing up living costs in recent years.

One of the most popular cities, Sydney, is ranked 11th most expensive city in the world. However, it is 21% cheaper than first-placed London. Brisbane and Melbourne also made the top 20 ranking.

Canberra is the least expensive place to live in Australia, although it was still in 27th place overall.

The index is based on crowd-sourced data and as more figures are submitted the rankings may change. The information in this article is current as of January 24 2014.