Top 5 most friendly countries for expats 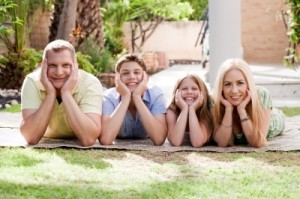 A recent article by Forbes.com highlighted the most friendly countries for expats. Though not necessarily the most sought-after international destinations for everyone, these are the places where transplanted expats feel the most welcomed.

Being accepted by others is a natural human need. Though, as most expats have encountered, being thrust headfirst into a different culture does not mean an immediate welcome party waiting as you disembark the plane. In fact, the initial phases of adjustment can prove very trying and even exhausting at times. That said, not all expat destinations are created equal. Some foreign countries feel like home from the first day we arrive. It can be hard to quantify this feeling of comfort in another country. According to Forbes these are the top 5 most friendly expat locations:

5. United States
The earnings are a big plus for expats in the U.S., along with improved transport and housing situations. Though many express having difficulty with the more difficult-to-navigate healthcare and school systems.

4. Canada
Neil Young would be proud to know his home country is providing better working conditions and improved work-life balance. A total of 39% of expats say they are interested in committing to Canada for the long-term.

3. South Africa
First they host the World Cup and now locals in South Africa are welcoming expats with open arms. In addition to feeling welcome – 79% here said they were able to integrate well with the local community. The country offers expats financial perks, with 47% saying that relocating here has brought more access to luxuries, and 69% reporting an increase in disposable income.

2. Australia
Of expats living Down Under, 77% reported that it was easy to integrate well with the local community and 87% also feel welcome in the workplace. With the global economic crisis being a theme in today’s news, it can also be noted that the Australian economy is regarded as strong by 95% of expats. Australia also received high rankings in the raising children abroad category.

1. New Zealand
Known as the adventure capital of the world and more recently the Mecca for Lord of the Rings fans, New Zealand tops the list as the friendliest country for expats. A strong majority, 75% of those surveyed, said that it is quite easy to fit into the new Kiwi culture. Also, 55% (compared with 23% of surveyed expats overall) stated they will either stay or return to the country.

Feeling like an outsider is normal (because you are one).  But remember before you jump on that plane, train, or automobile – there are places in the world where you are more likely to be met with warm smiles and open arms. Choose wisely!

As an expat, which country made you feel most welcome?  Let us know in the comments!

Wow Paul, I’m sorry to hear you feel this way. I have visited all of the countries you’ve mentioned above, I have stayed a few months in America (US) and studied in Australia. In New Zealand and Canada I’ve only been traveling. United States is a great place to be indeed, but can you say that the customs and regulations there are not strict!? I doubt it… Australia is a very friendly place with happy people who enjoy every bit in their life, always smile and always willing to help, Canada was beautiful and New Zealand for me it’s heaven on earth; the nicest people in the world, amazing landscapes and outstanding Maori culture that i’ve never confronted with in a negative way. I’m sorry to hear about your negative experiences, though I won’t rush to judge a place by its custom regulations – maybe it’s what keeps the place unique… Always look on the bright side of life mate!

NZ is definately NOT a friendly country period and your lucky if you don’t get mugged by maori youths roaming around in cars ! The customs are like nazis ! Australia is NOT a friendly palce and my Sons are australian, I grew up there too !Canada…just spent three months there, there customs are idiots and jerks that hate visitors..forget that place ! America is the the best and ONLY place for cost of living and opportunities for those who seek the better life !

Thanks for your comment and I agree with you. Language barriers, and communication issues in general, can definitely impact the friendliness perceived by expats. The increasing number of English language speakers in the world may very well be what keeps English-speaking countries near the top of this list.

As you mentioned, Asian countries are growing in popularity also – and rightfully so! Some Asian locations offer low prices, beautiful geography, and friendly citizens – the perfect recipe for great expat destinations!

Below, I only speak from my personal view and experiences in the past-

I am not surprised by the results, as people are generally more comfortable in English-speaking, commonwealth countries, where probably they have more in common, therefore they can get along better and feel more accepted in the community.

Maybe I cannot speak for European countries in general, as I only live in Belgium now, and visited Amsterdam once- my quick observation and comparison is, the Dutch are friendlier and more hospitable than the Belgians. Having said this, I am not criticising the Belgians- they are simply more reserved bunch of people, which may appear as ‘snobbish/arrogant’ for newcomers or people who are not used to them. They take a little time to warm up to people, before they decide to be welcoming or not.

I think for expats, Asia (in general) and especially Malaysia gives a very warm sense of welcoming feeling to foreign expats. There are more expats this days in Malaysia, what more with the ‘Malaysia, My Second Home Program’ to attract more expats to the country. I believe they get certain incentives if they wish to settle down in Malaysia. In terms of facilities, Malaysia is very accommodating to expats.

I think another place where expats may feel very welcomed is Japan. Japanese are one of the most courteous, helpful and genuine people around. They know how to make foreigners feel warm and welcomed. Their friendliness makes you feel more drawn to them, and to learn Japanese to communicate with them.