Are you living in one of the most expensive expat cities in the world? HR consultants Mercer measured the cost of living for expats in cities in 209 countries across the globe. You might not have expected a couple of the results… 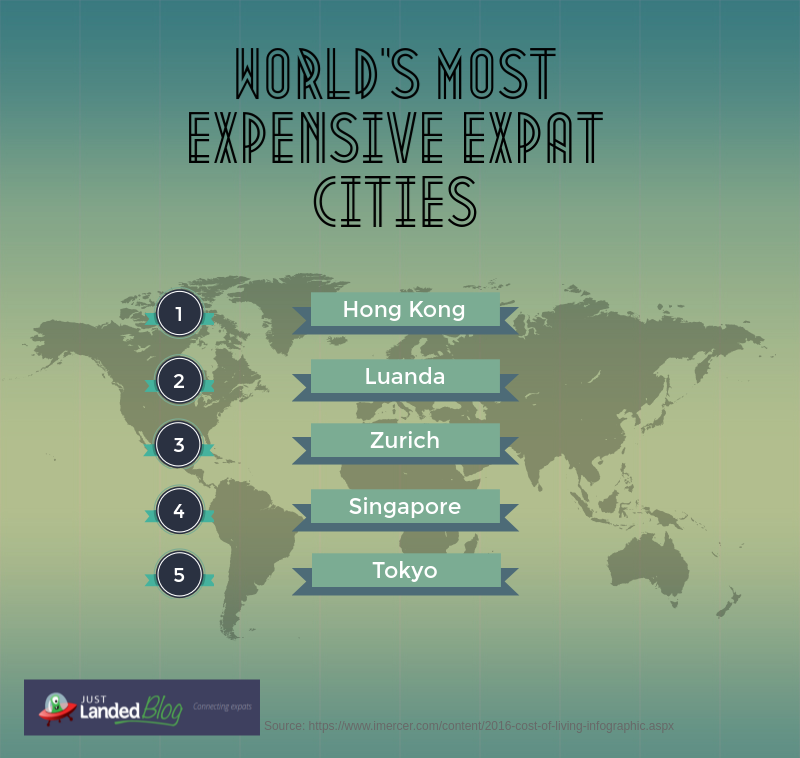 Hong Kong has pipped last year’s leader Luanda to the title of ‘world’s most expensive expat city’, with Zurich and Singapore staying third and fourth since 2015. Tokyo has jumped up the rankings, moving from 11th last year to join the top 5.

With huge expat populations in Hong Kong and Singapore, it’s no wonder that they take up two spaces in the Top 5. Expensive property and rental prices play a big role in expat costs.

Luanda, the capital of oil-rich Angola, is an expensive destination for expats due to rental prices, security and imported goods.

What are your experiences as an expat in one of these expensive cities?