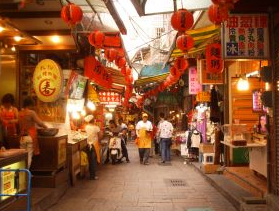 Taiwan lies on the western edge of the Pacific ‘Ring of Fire,’ meaning that continuous tectonic movements have created a majestic landscape of intimidating peaks and soothing coastlines.

Taiwan’s economy mirrors the highs and lows of its landscape as Taiwan is one of the four ‘Tigers of Asia’, now emerging from a dip in its economic history. If you are considering a move, or are already residing on the island, let Just Landed guide you through expat life.

Just Landed’s Taiwan expat guide advises you on how to get started with visas, finding a job, opening a bank account and setting up your Internet and telephone connection. We also provides crucial information for you and your family about health care, education and accommodation.

Taiwan, officially known as the Republic of China, boasts a history of mixed cultures with a European presence and until 1945, a Japanese one too. During the Japanese rule and since, Taiwan has evolved from a traditional state to a modern one. Taipei is the capital city as well as the cultural and political centre. 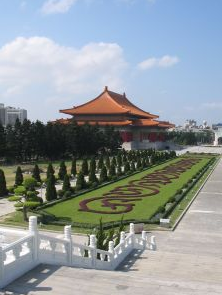 Taiwan is more Western than many of its Asian neighbours due to its capitalist economy. Yet, its combination of religions means that you will not miss the Far Eastern ambiance when you stumble across a range of temples including Taoist, Buddhist and Chinese folk.

The official language is Mandarin Chinese, but you will also find that Taiwanese and some other indigenous languages are spoken on the island. Use our language guide to link you to Mandarin language schools across Taiwan.

You can also use our money section to learn about the current economic situation in Taiwan and its major industries that are not simply the ‘made in Taiwan’ toys that you once thought of.