This sounds like double Dutch! My adventures in language learning 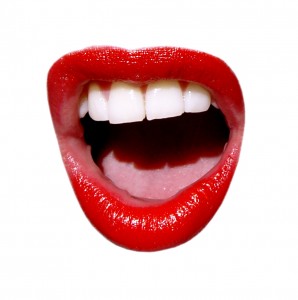 I’ve been learning Dutch, my second foreign language, for three years. Anyone who’s ever heard the language can agree that it is not an easy one. Some people even argue whether it is a ¨good¨ language to spend time with since Dutch is not world-popular like French or Spanish. However, as a four-year international student in Netherlands, I found that I needed to learn Dutch and face all the pain (and sometimes pleasure) that comes with it.

In the beginning it was fun as people got entertained with my few simple Dutch words. But as time went by, it became difficult to learn more since most Dutch people can also speak English. They will just simply switch the language to English if they know that you’re not Dutch.

This is nice for tourists or short -term visitors, but an obstacle for Dutch learners like me. I managed this problem by constantly reminding my friends to speak Dutch to me, even though I knew I might be embarrassed since sometimes they just could not help but laugh at my mistakes or foreign accent. But trust me, everyone has to go through this phase of embarrassment in order to learn a foreign language better.

Once I passed this phase, a new door opened to me. I started to see things differently, I began to understand my surroundings and laughed hard together with friends (because finally I understood their jokes). I also got a better job, expanded my social life, and the most important thing was, felt accepted as part of the culture and felt at home.

If anyone has asked me three years ago, when I just moved in to Netherlands, what I thought about the country, I would have said that it was bad. That was because I felt isolated and frustrated mainly due to the language barrier. But now it is a complete different story, I feel independent and settled.

To anyone moving to a new country, my advice is to learn the local language, and don’t be afraid of practicing it or sounding silly. The sooner you master the language, the sooner you will feel right at home.

Great observation Apple. I would go a bit further and say that if you wish to learn the language of the country you are in, a key criteria to your success is that you start to immerse yourself in the host culture and start making good friends. Without doing that, your chance of learning that language are very limited. Of course there are other factors which will determine whether you do become successful, but this one is a fundamental one.
If you are interested in the other key factors/approaches etc to becoming successful check out my website http://www.strategiesinlanguagelearning.com

Nice article and so true! You don’t say how good your Dutch is now? Earworms language courses use music to aid learning. Currently we have Rapid Dutch Vol. 1 available & Vol. 2 will launch next month. Have a listen at http://www.earwormslearning.com/testdrive/
If you’d like a gratis copy of Dutch Vol. 1 do let me know, if your Dutch is beyond this level now and you fancy a different language that’s fine too.

Have a great day
Maria Lodge

I totally agree with your post. I understand what you have experienced as I have moved from the Spain to the UK. Fortunately the level of Spanish of the locals is very poor but it was tempting to just socialise with Spanish people when I first arrived.

Thanks for sharing this.