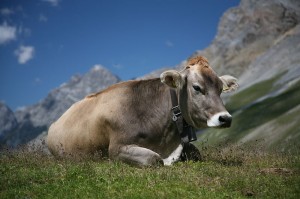 The Expat Explorer Survey 2014 from HSBC Expat has compared 34 different countries, and ranked them across three categories – economics, experience, and raising children abroad.

According to expats, when it comes to quality of life, Switzerland comes top of the league table, followed by Singapore and China.

The USA and the UK did not fare so well, ranking near the bottom of the table for expats in 30th and 33rd place respectively. According to the survey, Egypt has been voted as the worst place to live abroad.

Let’s take a look at the top five countries which are getting it right when it comes to being a host country for expats.

Coming in first place, Switzerland is an all round winner for expats, being a well-balanced country and offering a high quality lifestyle. In terms of economic satisfaction, 87% of expats living in Switzerland are happy with the economy, and 85% earn a greater salary since moving there.

Nevertheless, this prosperity is somewhat counteracted by the high cost of living, be it food, accommodation or health care – things in Switzerland don’t come cheap. It’s not hard to see the attractions however, from its natural beauty creating great resources from outdoor activities to its oh-so-delicious chocolate.

However, the main downside to this high flying country would be the slightly “boring” reputation – being a reserved and conservative nation, Switzerland didn’t score so well for integrating expats into their new society. Nevertheless, despite the not so friendly attitude, Switzerland clearly had enough charm to win its title as 2014’s number one expat destination. 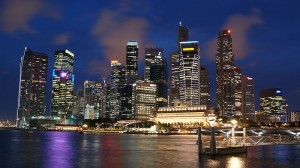 A popular expat hub, Singapore was the runner-up destination for expats. Similar to Switzerland, it was another top country with regards to economy and in addition it is a country which has embraced cultural diversity.

For those business minded expats, Singapore offers fantastic opportunities, with huge freedom in the market and low taxes. If that isn’t enough to convince you, Singapore is great for the entire expat family, being considered a safe destination with a great education system.

However, no country is perfect, Singapore has recently changed its foreign policy laws in favour of local Singaporeans. In addition, there are some laws in Singapore that some expats won’t be accustomed too – such as the ban on importing chewing gum (chewing gum is only allowed for therapeutic purposes).

China snatched third place on the leader board with regards to expat life, and came in first place in the expat economy category. Foreigners certainly seem to do well in terms of monetary issues with 23% of expats earning over $300,000. China has some interesting cultural customs which may add to its expat appeal, such as doing business over karaoke. Expats in China have the highest disposable income and also manage to have a very active social life, therefore its not big surprise that China ranked so highly in the survey. 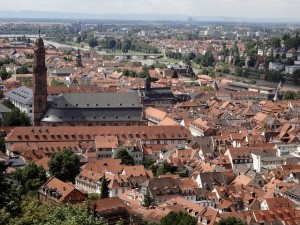 Germany is great for expat families, but be prepared to learn the language.

Europe’s economic powerhouse, Germany is a well rounded country for expats, with 87% feeling satisfied with the local economy. It was also ranked as the third best country for raising children abroad. Overall Germany is seen as a good expat destination for work, family life and overall quality of life, however, almost a third (31%) of respondents said they found it hard to make local friends.

The highest ranking Arab country, Bahrain comes in fifth place this year. Almost two-thirds (62%) of expats living in Bahrain were satisfied with their work-life balance, as well as an enjoyable commute to work, in comparison to their home countries.

Expats in Bahrain also enjoy the culture (84%) and local food (74%) but tend to stick to expat communities, with three-quarters saying they tend to make friends with other expats rather than locals.

What’s important to you?

When researching your next expat destination, you may want to refer to this list to check out which countries can offer you the best quality expat life before you set off on your adventure. Nevertheless, take into account what is most important for you, many of the countries which made it into the top five of the league table did so for economic reasons, for example if it is for an excellent family life you seek New Zealand may be the destination for you.