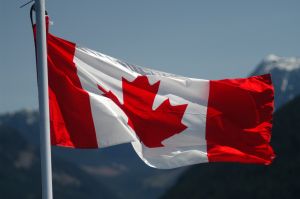 When people think about Canada, typical things such as snow, polar bears, and maple syrup probably spring to mind.

However there is a lot more to this vast nation, and expats moving there. Here are some essential things expats should know before moving to Canada.

1. Hockey is more than just a sport

During winter, all across the country, Canadians love to play ice hockey. Hockey plays an important role in their lives and it’s definitely more than just a sport, it’s a way of life. There is no way to avoid hockey even if you do not participate and there are outdoor and indoor rinks in every community. “Hockey parents” spend their spare time ferrying their kids to and from the rink for practices and games. During the hockey season, all hockey fans gather together around the television at home or in bars to watch Canada play its national  winter sport.

Tim Hortons is a Canadian casual restaurant known for its coffee and donuts. Over the last 40 years it has become a commercial and cultural phenomenon in Canada. It is Canada’s largest fast food chain with 3,000 stores nationwide. Canada has built a connection with Tim Hortons, or “Timmies” as it’s affectionately known, and going there is a daily ritual for many.

When people think of Canadian cuisine, the first things that tend to come to mind are maple syrup and bacon. However, poutine is a classic Canadian fast food, originally from Quebec it has spread across the country, and even into parts of the northern USA. It consists of french fries topped with cheese curds and brown gravy. In addition to the basic ingredients you can also find it served with bacon, lobster, or even truffles. A pizza topped with poutine is a great “end of the night” take-out food!

Canada has two official languages: English and French. Everyone learns how to speak French and English in school but that doesn’t mean that all Canadians can speak both languages fluently. It is estimated French is the mother tongue of nearly 7 million Canadians. Canadian French is the official language in the province of Quebec where French is definitely the dominant language. If you plan on moving to a region where French is spoken widely it will pay to learn some basics if you can.

5. It doesn’t snow all year round

Canada has four seasons and in some parts of Canada such as southern British Columbia it almost never snows. The summer in Canada can be pretty hot, whereas the winter period is very cold.

Are you planning to move to Canada? Check out our Canada guide for all the essential information.

Have you lived in Canada? What would you add to our list? Let us know in the comments below!