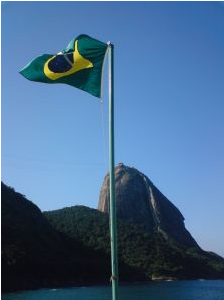 Living abroad often means you have the chance to travel to places you had only dreamt of visiting before. To help you make the most of this opportunity, Lonely Planet recently published their Best Travel for 2014 guide, featuring the world’s 10 must-visit countries, regions and cities for next year.

Here is a look at some of the places that made it onto the lists and some of the international events and celebrations that 2014 holds in store; there is guaranteed to be something happening near you.

The South American giant took first place in Lonely Planet’s top 10. With its seemingly endless beaches and abundant rainforest, a country full of energy and colour, Brazil already had a lot to offer. However, it is arguably the privilege of hosting the biggest sporting event in the world that means all eyes will be firmly on this blossoming economy in 2014.

The 20th FIFA World Cup will be held at 12 venues across the country between 12th June and 13th July, offering an ideal opportunity to experience Brazil’s unique diversity. It is predicted that 600,000 people from abroad will visit Brazil during the month of the world cup alone.

Coming in second place, maybe surprisingly, was Antarctica. The perfect destination for any outdoor enthusiasts, a visit to the world’s largest desert would be an chance to follow in the footsteps of history’s intrepid explorers. We think 2014 is the ideal time to try your hand at braving the elements and commemorate 100 years since British explorer, Sir Ernest Shackleton, embarked on the Imperial Trans-Antarctic Expedition.

Scotland is set to take its place on the world stage in 2014. It will have the honour of hosting two international sporting events. Golf will return to its spiritual home in Scotland with the Ryder Cup taking place at Gleneagles and Glasgow will be hosting the 20th Commonwealth Games.

Exactly 700 years on from the Battle of Bannockburn and the first Highland Games, the Scottish Year of Homecoming will start as it means to go on with the annual Hogmanay celebrations. The year of organised events will invite people to experience all things Scotland and celebrate the country’s rich heritage and culture.

Another reason 2014 will be an interesting time to visit Scotland, is the referendum that will take place on 18th September 2014; as the country decides whether to stay in the United Kingdom or embark on an adventure into independence.

Recently receiving the prestigious accolade of World Design Capital for 2014, the already beautiful city is set to become even more exciting. The natural environment will soon be contrasted against state-of-the-art architecture and public spaces as the city undergoes some massive regeneration. The hope is that the projects will also help to bring together Cape Town’s population. 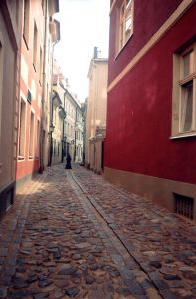 After the fall of the Iron Curtain, Riga was restored as Latvia’s capital city and over the last two decades has gone from strength to strength. Now awash with trendy cafes and beautifully restored Art Nouveau architecture, it is top of the list for any travelling hipster looking for an alternative to the usual city break. What’s more it has recently been named the European Capital of Culture for 2014.

Topping the list in the region category, this Indian state in the Himalayan mountains was named the cleanest in the country and is responsible for changing the face of tourism in India. Rather than the bucket list approach usually applied to visiting India, Sikkim is promoting eco-tourism, based in the local communities. Organic farming is booming in the area and there are plans in place for the region to become the first fully organic state in India. A new airport is scheduled to open next year encouraging more people to experience this hitherto little-known wilderness.

It may come as a surprise to some that ‘God’s own country’ featured on the list of regions to visit in 2014, however, Yorkshire is being recognised internationally for the things that have been making Yorkshire folk proud for years.

Britain’s largest county not only offers a varied landscape, from its coastlines to the moors, but is home to some iconic buildings. Whitby boasts the ruined abbey immortalised in Bram Stoker’s Dracula, and not forgetting York Minster, which also made it onto Lonely Planet’s list of Sights to make you feel small.

Yorkshire has been put on the map recently, thanks to the success of the current generation of athletes it has produced; Jessica Ennis, Nicola Adams and the Brownlee brothers to name a few. Moreover, Leeds has been announced as the starting point for next year’s Tour de France.

2014 will also mark the centenary of the beginning of World War I with events taking place across much of Europe.