Australia named the ‘happiest’ country – but what is happiness? 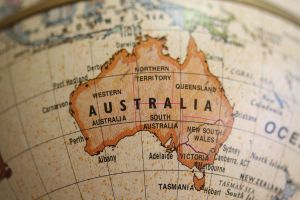 For a third year running, the Aussie lifestyle has made the grade for being the happiest, according to the Better Life Index, provided by the Organisation for Economic Co-operation and Development (OECD).

The survey took into account work-life balance, safety, income and housing. Analysing 36 industrialised countries, it found 84% of Australians “have more positive experiences in an average day than negative ones.” Thus it is not surprising that between 2005 and 2010, nearly 107,000 Britons emigrated to the country in search of a better life.

Brits shouldn’t be too disheartened as they came in 10th place, ahead of the French (18th) and Spanish (20th). A strong sense of inter-reliability and community is prevalent in the UK, with 95 per cent of people believing they have someone to call on in times of need. High employment rates with 70 per cent of Britons aged between 15 and 64 employed, add to the sense of well-being.

Sweden and Canada also fared well in the ranking, coming just behind Australia in second and third place respectively. Factors contributing to happiness include the Canadian average disposable income of US$28,194 a year, substantially higher than the OECD average of US$23,047. While in Sweden only 1% of employees work very long hours, considerably less than the OECD average of 9%.

Notably further down on the happiness scale were Mexico (35th) and Turkey (36th). Contributing factors to the poor score include: just 48% of people aged 15 to 64 in Turkey having a paid job and only 36% of adults in Mexico aged 25-64 earning the equivalent of a high-school degree.

But what makes a country happy? According to the OECD, young people consider work-life balance as a major factor in happiness, however civic engagement and health is viewed as more of a priority for the older community.

The findings further demonstrate that Latin American countries tend to be more concerned about their material needs as opposed to factors such as life satisfaction and education which is deemed more of a priority in North America.

However, it is important to note that happiness indexes can be heavily subjective. Other studies measuring happiness, such as the Happy Planet Index, have ranked Mexico and Turkey relatively high, in 22nd and 44th place respectively. In this index Costa Rica grabs the top spot out of 151 countries analysed.

In the past, global media outlets have been quick to both praise economic growth and slate decline, as it has been considered a chief indicator to assess a country’s performance. However, countries have rapidly reduced their emphasis on the indicator to assess their prosperity.

In 2007, the European Union created its “Beyond GDP” initiative, promoting environmental and social aspects of life that GDP alone cannot demonstrate. Moreover in 2010, the Office of National Statistics in the UK was commissioned as one of the first countries to track happiness and well-being of its population and define it as a core objective.

In an unpredictable global economy, emphasis on a population’s happiness is regarded as more crucial than ever. However, faced with a new generation of crumbling economies, could happiness and its subjective index be a new form of big talk to trigger media attention and boost the morale of struggling populations?

Secretary-General, Angel Gurrí of the OECD maintains that the Better Life Index “goes beyond the cold, hard numbers of GDP to really get an understanding about what matters for people and about what they want and need out of their lives and their societies.”

Do you think happiness of a country can be measured in this way? How happy is your country? Read more about the OECDs Guidelines on Measuring Subjective Well-being.