Are the world’s happiest countries in Latin America? 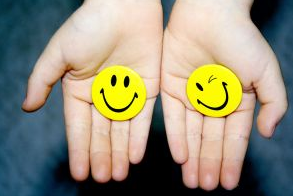 Last month, the U.N. coined the first International Day of Happiness, drawing the world’s attention to the idea that a country’s happiness is not only based on money. Results showed Costa Rica and many other Latin American countries have the happiest people in the world ahead of wealth powerhouse, the USA.

According to the Happy Planet Index (HPI) 2012 report, happiness is measured by an equation that calculates a country’s well-being, life expectancy and ecological footprint. Rather than only taking a country’s GDP into account, the sustainability of its people and resources are considered just as important.

Sustainability is crucial to the HPI because, according to the report, we live in an environment of scarce resources and ‘unless you care nothing for the future – neither your own, nor that of your children, nor that of future generations – environmental impact matters’.

For the second time, Costa Rica leads the HPI report due to its national policies: It produces 99 per cent of its energy from renewable sources; has reversed deforestation in the country, and plans to become carbon neutral by 2021. Costa Rica also has the second highest life expectancy in the Americas, higher even than in the USA, as well as an ecological footprint one third the size of the USA’s.

Living in an unhappy world

According to the HPI report, ‘we are still not living on a happy planet.’ Their figures show that no country performs well on all three indicators for being a happy country. These indicators include life expectancy, experienced well-being, and ecological footprint.

Wealth is clearly not the creator of happiness. Amongst the top 40 countries, only four have a GDP capita of over $15,000 US Dollars. Norway is the highest scoring Western European nation in 29th place, just behind New Zealand which is 28th.

Shoes that cost the earth 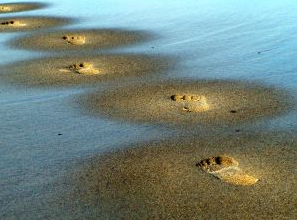 The USA ranks 105th, out of 151 countries. High income countries’ scores are brought down considerably by their mammoth sized ecological footprints. According to the HPI, in 2008 the USA’s footprint was 7.2g, meaning that if every country lived like American people, four planets would be needed to maintain human consumption.

The International Day of Happiness was originally suggested by Bhutan, who instead of using a GDP model, use the Gross National Happiness Index to evaluate their development.

U.N. Secretary-General Ban Ki Moon said: ‘On this first International Day of Happiness, let us reinforce our commitment to inclusive and sustainable human development and renew our pledge to help others.’

Sorry the delay in replying. We think we have this problem fixed and thanks for reporting it!

Hi, there literally is no other place to put this, so here goes.

I cannot place a flat-sharing ad on your website, because of a persistent error across multiple browsers on Mac OS X with the ‘choose period’ box. The error is:

Any attempt to set the rental period to months results in this message.