Excuse me, do you speak English? 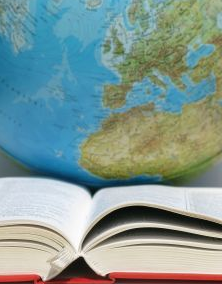 English is the most widely spoken language in the world with 360 million native speakers and around 375 million secondary speakers. So if you have a good command of English you’re probably not too worried about being able to communicate when you move abroad.

However, it doesn’t pay to slip into the common assumption of, “If I speak English everyone will understand me”. If you are moving to a country where English isn’t the native language, daily communication can be difficult, if not impossible, without some knowledge of the local vernacular. So where should you be able to survive by speaking English, and where should you be prepared for confused looks?

The EF English Proficiency Index has ranked countries according to their English proficiency, from very high all the way down to low or very low. The report is based on a survey of 1.7 million adults across 57 countries.

If you are moving to Northern Europe then you’re in luck, as Sweden, Denmark, Norway, Finland and the Netherlands all have very high levels of English proficiency. Other popular European expat destinations didn’t fare as well, with Spain, Portugal, France, and Italy falling in the moderate English level category.

Belgium, Austria, Hungary and Germany also placed highly on the list. The highest scoring Asian country is Singapore, in 12th place with a high English proficiency.

The developing nations of Brazil, Russia, India and China are fast emerging as attractive destinations for international companies and professional expats. One of India’s national languages is English, making its position at number 14 (moderate proficiency), the highest ranking of the BRIC countries, unsurprising. Brazil comes in last at 46th, falling in the very low category. China comes in next lowest at 36 and Russia in 29th (both low proficiency).

EF’s research suggests English skills are strongly linked to how much a country’s exports contribute to its economy. This bodes well for India and Russia in the future. In fact, all of the BRIC countries are huge markets for English teaching, attracting many English speakers as TEFL teachers. It could also be partly connected to the economic problems seen in countries such as Spain, Italy and Portugal.

While English will likely help you get by in many countries, particularly in touristy areas, there are some countries where you can’t put-off learning the local language. At the bottom of the rankings were Colombia, Panama, Saudi Arabia, Thailand and Libya (50-54 respectively).

Many people have a basic level of Spanish to help them get by in Colombia and Panama. However, the Arabic and Thai languages are daunting to learn simply due to their illegibility for most English speakers.

During even the first few months of living abroad, your immersion in the local language will see you absorb a surprising amount of vocabulary and basic grammar. Once you have settled in you can make a conscious effort to learn more, if you need to!