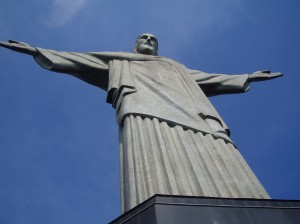 62% of expats in Brazil find love

HSBC’s latest Expat Explorer survey reveals that expats in BRIC countries have a more positive economic outlook and shows that they are more optimistic when it comes looking at opportunity. Expats looking for love may even have a better chance of finding it by moving to Brazil.

Though China and Thailand top the chart for best overall experience for expats, Brazil, Russia, India and China (the BRICs) are attracting much higher proportions of younger foreigners, most of whom are less concerned about job security and more interested in the exciting dynamism frontier economies offer. The statistics also show that these expats have a much higher level of satisfaction with the local economy and end up with more disposable income than the global average.

Similar findings come from other frontier economies. Vietnam, Indonesia, Turkey and Mexico (grouped together as ‘VITM’) provide many expats with lower salaries than they would receive at home, but the vastly reduced cost of living allows a better standard of life.

The survey also offers a surprising outcome reported by expats in one BRIC country. Almost two-thirds (62%) of foreigners surveyed in Brazil claimed to have found a lifelong partner after relocating to the country (the global average is 40%).

This might have something to do with the fact that many rated Brazil as having been an exceptionally easy country to integrate into culturally. Those surveyed said the local community was very easy to become a part of – though up to 90% of them had made the effort to learn Portuguese, thus making integration a more realistic prospect in the first place. Worldwide, as few as 60% of expats even attempt to learn the local language.

BRIC and VITM countries may feature far lower down the list than the expat heavyweights overall, but their emerging economies and often welcoming cultures are attracting increasing numbers of young people who can enjoy a good standard of living, even if wages are lower than at home. The destinations are attractive too – Brazil, Mexico and India are already well known as top tourist destinations and all have rich cultures that attract young people who want to explore exotic, far-flung places for more than just a holiday.

It’s easy to see why these countries have become so popular with young expats, and their star looks set to continue rising.