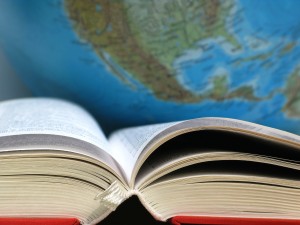 EF’s latest English proficiency survey shows huge leaps forward in the standard of English in South East Asia, as well as in the so called ‘BRIC’ nations (Brazil, Russia, India and China). But what, if anything, does it mean for expats?

First off, newfound economic growth in countries such as Vietnam and Indonesia means the creation of more jobs for foreigners, while an improvement in levels of English can only create more opportunity, and will open up countries which have something of a reputation for cultural insularity. The increased ability to communicate merely serves to make expats’ transitions less daunting.

EF’s report focuses on how levels of English are intrinsically linked to attracting foreign investment and staking a nation’s claim in the international business landscape. Western firms are far more likely to set up in countries where cultural and linguistic boundaries have been broken down. This in turn could create jobs for foreigners looking to work in countries where finding a job to suit their skill sets had not previously been an easy task. For these potential expats then, the chance of riding on the coattails of these mini economic booms is an attractive prospect.

They might sound like just another fashionable acronym, but both the ‘BRIC’ and ‘VITM’ (Vietnam, Indonesia, Turkey and Mexico) country groupings serve a useful purpose, not just for mapping global economic trends, but for looking at all kinds of global development patterns.

A striking area of concordance with the upward economic trend in VITM countries is the dramatic strides these countries have made in English language proficiency over the past six years.

Turkey tops the rankings for most improved country, with Vietnam and Indonesia just a couple of places behind. Bucking the trend for the group, Mexico’s overall levels of English proficiency have slightly declined – something not likely to help its chances of attracting international talent in the longer term.

Turkey, Vietnam and Indonesia’s huge upturn in English proficiency (not to mention the more modest, though marked, improvements in Brazil, Russia, India and China) can only be good news for foreigners who are looking to move to new and exciting destinations.

Whether would-be expats see themselves as English teachers or investors, the connection between English proficiency and economic opportunity could be an important one for those willing and able to move abroad for work.