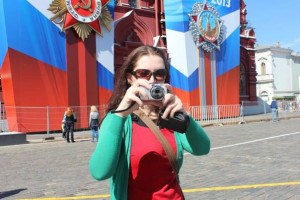 In the second expat interview in our monthly series we hear from Rebecca Manning who has lived in South Korea, Japan, Russia, and now calls São Paulo, Brazil home.

Easy one to start, tell us about yourself!

I’m from a small town in Ontario, Canada. I spent the first 25 years of my life living within a two hour drive of where I grew up. At 25, not entirely satisfied with the IT support job I’d been working for the past 14 months, I decided to uproot and go to South Korea for a year. After living in Busan for two months, teaching English, I realized that I liked doing this much more than the other options available to me at that time. So, I stuck with it, and multiple locations and jobs later, I’m now managing a language school in São Paulo, Brazil.

Why did you move abroad in the first place?
I moved for several reasons. I didn’t come from money, so I hadn’t had a lot of opportunity to see the world. I was a huge tennis fan growing up, so I knew a lot of random things about different places around the world, and certainly had my sights set beyond the backyard. The summer after 9/11, I took my first solo holiday, to New York City. After that I went every year, for 4 years in a row. I don’t know how to properly describe it, but something about these trips made me feel like there was something more out there for me; that the opportunities available to me where I grew up were not the whole story.

When I graduated university in 2005, real responsibilities happened, and I could no longer afford to go on my solo trips. I didn’t particularly like what I ended up doing, but the alternate options available to me in my home province were pretty bleak. I could either stay in Ontario and barely earn living wage doing something I probably wouldn’t like anyway, or take a huge leap of faith and fly to South Korea with $200 to my name. I chose the latter, and it’s the best thing I ever did for myself. 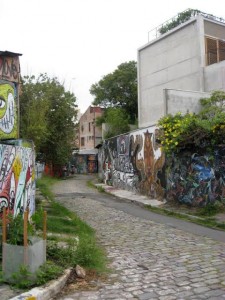 What do you like most about where you live now?
The thing I love most about São Paulo is how incredibly diverse it is. I’ve lived in a number of great big cities – Busan, Nagoya, Budapest, Moscow – but none of them have impressed me as much in regards to the diversity of food, culture, and people. The previous places I’ve lived all have their charms and unique cultures, but I feel like I have access to so much more here.

What (if anything) do you miss from home?
The longer I am away, the more I miss my friends and family. My friends are very spread out at this point, though. It’s also difficult for me to pinpoint one place that I consider home. I’m Canadian, of course, but I spent more than two years in South Korea and another two and a half living in Russia; There are parts of both those places in my definition of home. Still, every time I go home, my parents have gotten older, and I see the years of my nieces and nephews childhoods pass by, and it hurts to know that I’m not a more active part of that.

If you could change one thing about where you live what would it be?
I’ve only lived in São Paulo for two months, so it might be a bit arrogant of me to offer up some suggestions for change… but I will anyway. The disparity between rich and poor here is incredibly jarring. In the same moment you hear a helicopter fly overhead you can look and see somebody crawling out of the hole they sleep in on the side of the highway. I haven’t the faintest idea how to change this, mostly likely am powerless to do so, but wish I could.

We’ve all made embarrassing expat faux pas – share one of yours!
My life has been a series of embarrassing faux-pas, so it’s only natural that I would make a number of the expat variety. My favorite is a bit juvenile, but here you are: The word for bread (pão) in Brazilian Portuguese is very, very similar to the word for dick (pau). Not knowing this, I spent about two weeks going into stores and ordering cheese dick. Thankfully, nobody made fun of me for this (Brazilians, generally, are pretty awesome about people mangling their language). I only learned I’d been making this mistake when my coworker caught me saying it and corrected my pronunciation. I haven’t ordered cheese dick since.

Do you plan on moving again in the future? If so, where and why?
I don’t plan on moving to another country after this. I actually didn’t really plan on moving to another country after Russia, where my last job was posted. However, when I saw the posting for an company transfer to Brazil, I couldn’t pass on applying. I believe that I will move back to Canada after this. With years of international management experience and another language on my resume, I think that I will have more opportunities there than when I left, many years ago. You never know where the next opportunity will take you, though. I haven’t ruled anything out.

What was the most difficult aspect of moving abroad for you?
When I first moved abroad in 2007, I wasn’t in a great place emotionally. I was 25, going on emotionally 18. I hadn’t yet worked through all of those things that one must before becoming an actual adult. Insecurities, heartbreak, crippling self-doubt – I had to work through it all without a guaranteed support network, knowing that I was thousands of miles away from the only place I would be truly safe to fail to hold it together. Thankfully, along the way, I’ve met a number of people who were at similar points in their lives, and they have become life-long friends of mine. 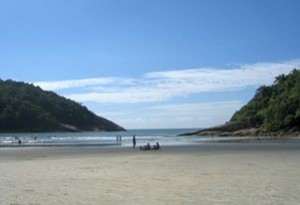