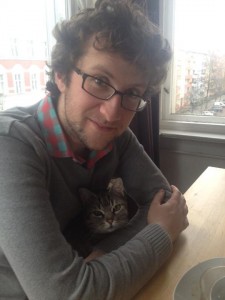 For our June expat interview we spoke to Stephen Glennon who lives and works in Berlin, Germany.

Easy question to start, tell us about yourself.I’m Stephen, I’m originally from Ireland but I’ve been living in Berlin since 2005. I’m a writer and translator and I founded the English-language football magazine No Dice.

Why did you move abroad?

I had just finished university in Ireland and because of my Erasmus year in Genoa in 2003/4, I was desperate to leave Ireland and have some more European adventures. I had a couple of friends in Berlin and the World Cup was coming up, so I decided to head there. I was only planning on staying for six months or so, but I’m still here almost nine years later.

Freedom. I work freelance and it’s great to be able to work the hours I want, and from home too. It’s hard to get off the nine-to-five office treadmill but here it really works – provided you’re willing to slog through tons of paperwork and deal with difficult bureaucrats. As for Berlin itself, each different area has a completely different feel – from the working-class eastern areas to the well-to-do neighbourhoods in the west and the previously-poor but now über-hip areas of Kreuzberg and Neukölln near the centre, there is always something new and exciting to see and experience.

I would love it if Berliners learned to see the immeasurable value in polite, friendly exchanges with complete strangers. 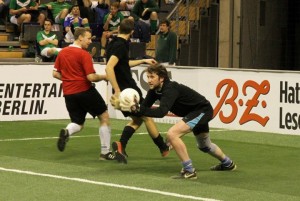 I like to take off every January and February to avoid the freezing winters. So I will always take breaks from Berlin but I don’t think I’ll ever want to permanently leave this wonderful town.

Strangely I have never found it difficult to live abroad. I worked hard at learning the language as quickly as I could, so that made it a lot easier to settle in. Still, it was very frustrating for the first few months as I struggled to make myself clear with even the simplest of concepts.

Share your top three tips for people thinking about moving to Germany.

Check out Stephen’s football magazine No Dice online and follow them on Facebook for football news in English.