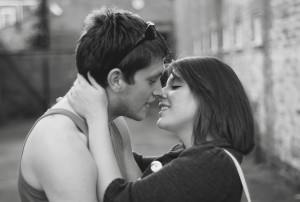 Coming from a country where a man will stop you, and even feel offended, should you reach for your wallet at the end of a date, I was quite shocked when I was expected to pay half of the bill after going on a date with a Spanish guy. I decided not to mention it, paid my half, text my friends in disbelief and moved on with life. However, it left me wondering about the dating scene once you step outside of your cultural comfort zone.

I know I probably shouldn’t generalise about other cultures and how they behave in relationships, but what fun is life if I don’t? You have to admit, there are some national stereotypes which more often than not ring true, especially if you have had the pleasure of forming one one half of an intercultural couple. It’s funny how some of these traits drive us crazy…and often it’s our fault, because we simply can’t adapt to them because quite frankly they seem so foreign to us.

After reaching out to thousands of expats who are currently dating (or have married) people from their host countries, I’ve learned one thing: dating can be tricky business! But actually, I think it’s even harder for expats and here’s why:

“That’s not what I said”, but it was what you said, you just probably didn’t mean to say it, or alternatively lacked sufficient vocabulary to express yourself in the way you wanted to. Arguments all around the world often begin like this (even if you do speak the same language), but attempting to argue in a foreign language is a whole new ball game. Interestingly, one expat said that “most arguments are really cultural misunderstandings and pragmatics, not just a simple language barrier”. Yes, indeed!

It can’t be too bad, though. Dating a native in the country you have moved to can have some serious perks: “ helping [you] to really learn about the culture, the language, and to see things from other cultural viewpoints. It [can help you] become more mature, respectful to other traditions, and have an open heart”. Aw. 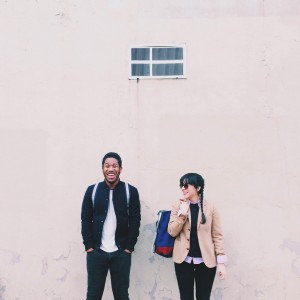 Again, I’m generalising here, but people from certain European countries are often considered to be quite cold when it comes to relationships, preferring to abide by the (unwritten) rules of dating. Four years ago, in Mexico, my then boyfriend (also Mexican) and I decided to move in together after only 6 months of dating. Although his mother was not happy with this arrangement, we loved it and continued living together for a further three years. Many American expats expressed that back home they would have been living with their partners after a mere few months into a relationship, whereas when dating in Europe, they tend to wait much longer to make such a commitment.

According to the anecdotes shared with me, German and Dutch partners seem to take forever to make an actual commitment. Conversations are likely to go as follows: “yeah, maybe in the future, a long time from now, possibly in a million years we could consider talking about marriage” – does this sound familiar to anyone? To be fair, though, most latinos who have dated Germans or Dutch have said that they prefer their honest, direct approach. This is a far cry from the latino lovers who sugarcoat everything and would happily string someone along (and meanwhile we’re already logging onto Tinder to find our next squeeze).

Latin men (particularly Mexican ones) appreciate that German women are not after money or convenience because they are “responsible and financially independent”, meaning that money or showing off with extravagant gestures is unlikely to attract them. They go on to say that “Europeans value intelligence and honesty more”. So according to the responses I received, Europeans are more attracted to partners with brains, while Americans and Latinos are more likely to be attracted to physical appearance. This is not to say that Latinos or Americans don’t appreciate a bigger brain than bra size, but they will probably go for the “hot” (obviously subjective) girl rather than the “nerdy” one.

Meet the parents (and friends) 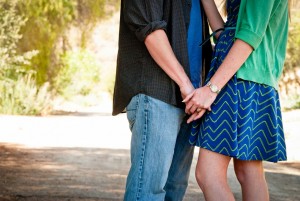 In Spain, expats all shared a common concern: meeting the parents (or even partner’s friends for that matter!). Spanish people are apparently very protective of their own group of friends, which means that introducing a partner into this circle is a big deal. One expat living in Madrid explained how her Spanish boyfriend wouldn’t introduce her to his friends, of course leading her believe that he was hiding something. She later learned however, that it’s not common “to mix novias and amigos” meaning that weekends were often spent apart, each hanging out with their own group of mates.

Hoping to meet the parents? Well, you’ll have to wait until the wedding! Although not always the case, but many expats we spoke to claimed to only have met their in-laws after at least two years of dating. Apparently it’s common in Spain to propose in front of the parents; expat males you have been warned! Expats in Spain were quick to praise the commitment of Spanish guys to their apparently lifelong pueblo girlfriends who despite having been dating for at least 10 years, have not yet even begun to consider the possibility of marriage, and yet they stick together anyway.

Enter the expat dating game at your own peril

Dating is complicated, thrilling, confusing and exhilarating all at the same time; add in the intercultural curveball and it’s enough to make you want to hide in your rented apartment for all eternity… but don’t hide away, embrace it instead. What’s an expat experience without some interesting dating anecdotes anyway? Besides, you never know, you could meet the love of your life!

I’ll leave you with this lovely sentiment from a German expat in the USA who has been married to her American husband for many years: “what’s the difference? You meet, you date each other, you fall in love, you get married, and you create a family” regardless of nationality or character. It’s that simple.

Happy dating everyone! If you have any further anecdotes or comments about your intercultural relationships, please share them with us!