Top of the charts: Is East Asia in fact the best place to live? 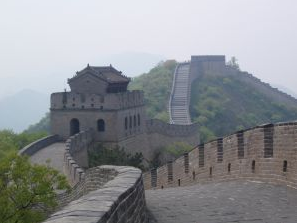 Are you thinking of moving country? If so, you may want to read the following. While European countries, regularly top the charts in “world’s healthiest countries” lists, sources show that a move East should be considered.

While Japan has consistently held its place atop longest life expectancy charts, owing largely to the benefits of a low saturated fats and sugars diet, East Asian cities have not featured prominently on such lists. Nevertheless, in 2012, changes have occurred.

After nearly a decade of the world’s most livable cities being dominated by Canadian and European cities, the updated 2012 chart, compiled by the Economist Intelligence Unit (EIU) has shown a convincing shift towards East Asia. This year, the EUI has utilised additional information provided by Buzzdata in order to compile a more complete top ten list.

Last year’s top three cities, Melbourne, Vancouver and Vienna have not featured, and instead have been replaced by Hong Kong, Osaka and Tokyo, coming in 1st, 3rd and 10th respectively. The livability survey is compiled in consideration of over thirty different aspects, covering five principal areas such as social stability, infrastructure, education and culture. Perhaps one of the most important aspects by which cities were judged however, is “spatial” qualities, which considers various aspects, namely, the sprawling qualities of a city, its green spaces and pollution.

HSBC’s Expat Explorer Survey ranks countries rather than cities, from all over the world under the broad categories of: economics, experience (which includes categories such as local weather, healthy diet and social life) and raising children abroad. Once again, abiding by these categories, Eastern and Southeastern Asian countries demonstrate their prominence in attaining the highest standards. With all of the categories included, Singapore ranks 1st, Hong Kong 2nd, and China 8th.

Don’t be fooled by all the data

Despite this recent consistency in East and Southeast Asian countries topping the polls in best places to live, The Economist magazine demonstrates that the figures may be hiding some truth. An article specifically on the publishing of the 2012 top ten most livable cities list states, “Hong Kong is losing expats by the droves because of pollution: a generation of school children are condemned to carrying asthma inhalers since their little lungs are speckled with contaminants blowing across the harbour from mainland China.” This follows the recent publication of China’s growth rate slowing for a sixth successive quarter.

Thanks for your comments! I entirely agree with you, Mariana, the ‘perfect’ place to live is entirely subjective and will vary for many different reasons. The countries you have mentioned, Jakub regularly top the charts for the specific reasons you have mentioned but again, some people may be looking for different aspects when moving country.

Coutries such as Canada, Sweden, Norway are the best places to live. Pure air, nature, silence, no harmful industry and low population.

Hi! Definitely, it is of utmost importance that wannabe expats consider both objective and subjective facts when deciding where to start a new life. It’s a personal decision and a wide variety of factors need to be evaluated. Things like proximity to the home country, managing the language or willing to learn it, employment or studying opportunities and how resilient each of us is to changes and stress many a time determine the country where we want to live.