Learning to wait for service 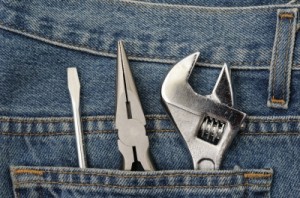 Spain is well known for many things – it’s amazing food, beautiful beaches and friendly people. One thing it is not known for, however, is efficient service – this is especially true during summer.

So imagine my despair when my toilet stopped working in the middle of summer! Having lived in Spain for just over a year, I knew that getting it fixed in a timely fashion would take a lot of time and effort.

First of all, it took three weeks for the plumber to show up to begin with (luckily, I have two bathrooms). Then, once he showed up two hours late, he started working. Four hours later, he came to the conclusion that he didn’t have the piece necessary to fix the toilet, and he would have to come back the following week, after buying the piece. There was a lot of bargaining to get him to even come back so soon.

A week later, the plumber takes another three hours to finally fix the toilet. This timing in Spain is considered quite efficient. Now I’m just desperately hoping that nothing else breaks, or I could be in trouble.

The lesson here is that as an expat, patience really is a virtue. A successful expat will learn to appreciate the great things that their new country has to offer, but also to forgive their new country for its shortcomings. The way I see it, is that worse comes to worse, I will always have enough material for my own sitcom.