Cost of living for expatriates worldwide: Volatile exchange rates stemming from the global financial crisis mean London and Seoul are no longer among the top 10 most expensive locations for expatriates, while Japanese cities have returned to upper end of the league table, according to a survey by ECA International. London is now ranked 72nd in the global listing of expat locations while Seoul takes 90th place following sharp depreciation of the Pound and the Won over the past year.  At the same time the cost of living in China shot up: Beijing went up to 31st place from 101st a year ago, and Shanghai to 35th from 106th. The costliest place for foreigners remains Angola’s capital Luanda. That is mainly because certain items and brands typically required by expatriates are not readily available and therefore very expensive. 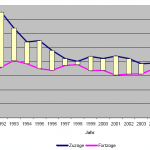 German expatriation reaches peak: According to the official migration report 2007 the number of expatriating Germans reached the highest level for half a century. About 637,000 people left Germany, of which 476,000 were foreigners. The number of immigrating people to Germany was about 681.000, of which 575,000 were foreigners. On a net base, Germany has thus lost 106,000 of its native population due to migration.

IT workers from UK are willing to go abroad: According to research by The IT Job Board the vast majority (81 per cent) of IT workers would happily pull up stakes and move abroad if a job opportunity occured More than a third of them thought of the language barrier as the main challenge when moving to a foreign country.

Middle East still needs highly paid expats: A recently published Arthur D. Little Expat Game report says that the Middle East´s oil and gas sector still relies on a highly paid, short-term, expatriate workforce in order to exploit development and exploration opportunities. “The Middle East’s national oil companies (NOCs) continue to rely on expatriate talent. The report warns that as NOCs seek to expand their presence in the global energy market against the background of an ageing expatriate workforce, the pressure is now greater than ever before to develop local capability and local opportunities.” 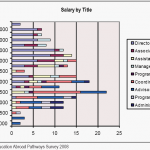 40% of Irish firms moved business abroad: According to a survey of the Central Statistics Office, almost 40% of Irish businesses moved some of their activities abroad in the five years from 2001 to 2006. The so called ‘international sourcing’ was highest in the manufacturing sector, followed by the transport, storage and communication sector. A third of companies which had moved activity abroad said they planned to increase the level of international sourcing in the three years from 2007 to 2009.

Americans try to lose overweight in China: Could this be a new export strategy? Three heavily overweight US citizens who vainly attempted to lose weight in the United States now try it in China. This unconventionally approach is sponsored by a US company for traditional chinese medicine. Apart from doing sports and eating healthy Chinese food they get acupuncture. The first results are more than enjoyable: the first pounds fell off already.