Flaking out about where to get your next Flake fix? Devastated about the dearth of Dairy Milks?

Devastation for expats and US chocolate lovers

The US chocolate company Hershey’s and Let’s Buy British Imports (L.B.B) reached a settlement last month to stop importing British made chocolate, namely Cadbury’s, to the United States. L.B.B agreed to an out of court settlement to stop importing Cadbury’s chocolate, and several other British tasty treats (KitKats and Toffee Crisps to name but a few) from Britain, to the US. Thus angering many expats and chocolate lovers alike. 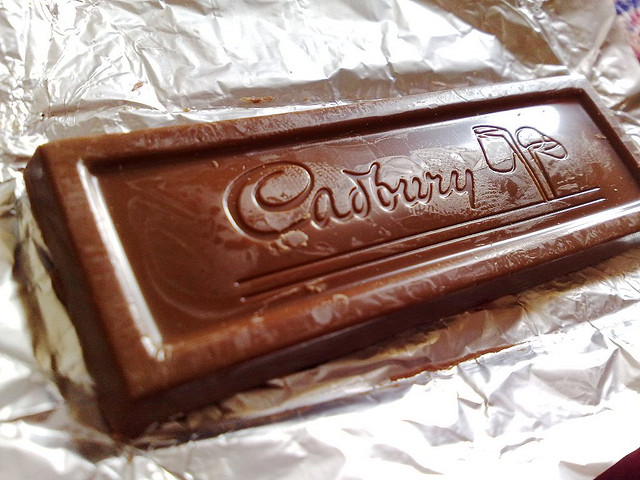 The proof is in the pudding

Defying the laws of competitive consumerism, Hershey’s proved that there is no longer honour among chocolate makers as it tastelessly threw its toys from the pram: insisting that L.B.B’s importing of British made chocolate must stop as it was hampering its business. Hershey’s understandably felt threatened by the superior taste of the fattier British chocolate and felt that legal action was the only way in which they would be able to have a monopoly in the chocolate market. The weak argument being that Hershey’s has their own ‘Cadbury’s’ chocolate which they make (to a different and more sugary recipe) in the US. Although, on tasting an American Dairy Milk, one can testify to the fact that Hershey’s own Cadbury’s chocolate is similar to the British made Cadbury’s in name alone. First and foremost the main ingredients are different: the US Dairy Milk’s main ingredient is sugar, whilst in Britain it is, as the name would suggest, dairy milk.

Chocolate lovers all over the US are, for good reason, up in arms. I genuinely pity them too. There have been reports of panic buying in many stores which stock this sought -after milky goodness. If you have ever had the misfortune of tasting American chocolate, you will understand why these panic buying measures are necessary.

Although all is not lost

One company has been trying to allay the fears of a nation. An English company based in Somerset, Bob’s Corner Shop, is assuring people in the US that they can still import the chocolate independently. While they may not be able to pick it up as part of their groceries, they can order it directly from the UK themselves:  It may initially seem expensive, but let’s face it, it’s worth it!

The website has everything you would expect to find in a British corner shop, and will be sure to fill expats with nostalgia too. While you’re at it, throw in a can of Irn Bru for good measure, something else which has been banned from sale in the USA!

As a Scot I completely agree! It’s the best drink in the world, and no worse than the big-gulp drinks they have over there!