5 golden tips from an ex-London expat 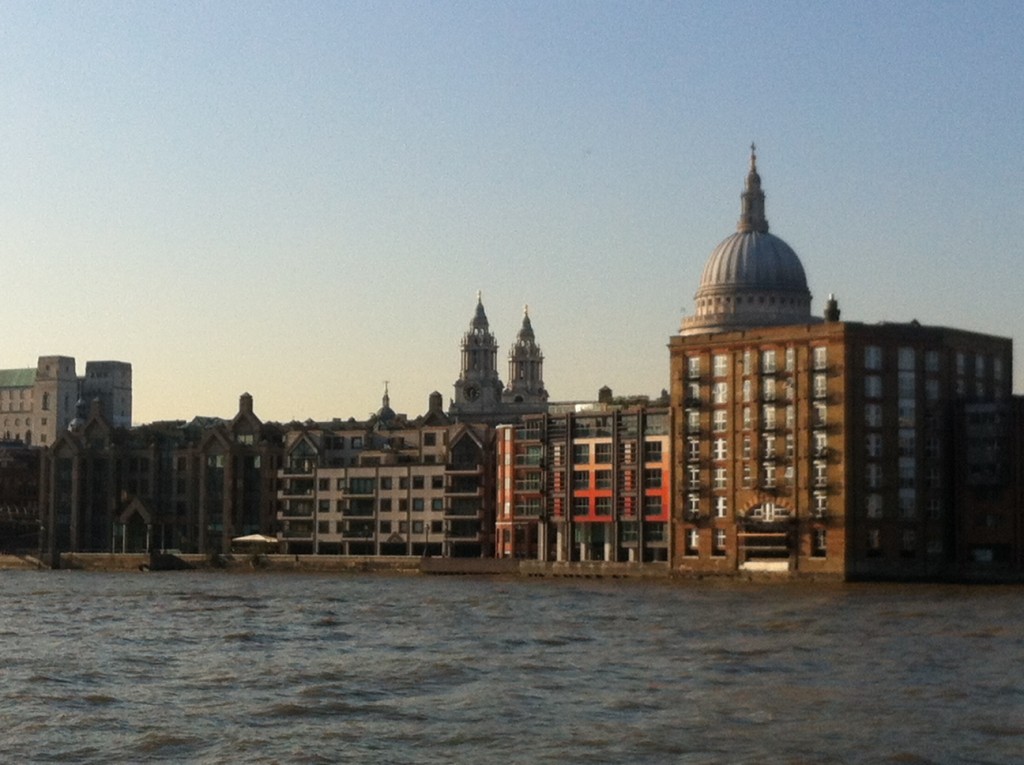 Despite rumours that describe it as excessively gentrified, polluted and expensive, London is still considered among the most thrilling cities on earth. I was lucky enough to spend a year in this great city and it is fair to say I have never felt so stimulated or inspired in my life.

As with any move, it’s always helpful to hear some tips from someone who knows the city. So here are some words of wisdom for you that I learnt while living in London – and that nobody told me about beforehand, in case you’re wondering.

In order to kick start your job hunt in London you will need register for your National Insurance Number, which is mandatory to work in the UK. You will also want to make sure your CV is up to date and written in English. It’s a good idea to include a British phone number and a London address on your CV to show your prospective employer that you are settled and here to stay. Avoid including your photograph, as this is not common practice in the UK.

Job hunting services are in abundance in London. You can register and they will help you find employers looking for people with your skills set. To get you by for the first couple of months, why not try finding a temporary job in a pub or hostel, you may be granted the luxury of food on the job, or even a bed included with the job. This is exactly what I did: I stayed in a hostel for two months, gathering enough money to pay the initial deposit for my flat and then found a temporary job working for a restaurant. Saving money is difficult in London, but once you set your mind to it, you can start preparing for the next phase of your Londoner life.

The most curious thing about stereotypes is that they are often true: London is dishearteningly expensive – the average rent verges on 130 GBP (180 EUR) a week! London is notorious for its expensive rental prices, so in order to avoid living in a Harry Potter style cupboard under the stairs, you need to think about your source of income. Landlords can be sneaky in London; it’s quite common that you will be asked for a deposit equivalent to one month’s of rent, forcing you to shell out as much as 1000 GBP (1386 EUR) in one fell swoop, biting a large chunk out of your savings. This means you really need to save up before you start flat hunting.

Also, you may have to prepare yourself to move frequently, since landlords have the tendency to increase your rent without prior warning. It’s a good idea to get a sense of the rental market in London, and move accordingly. Sometimes though, you’re just unlucky. I used to pay 600 GBP (831 EUR) for my room in Whitechapel. By the time I left (at the end of July the following year) the rental price has gone down to 500 GBP (692 EUR) – poor me.

Although the rent tends to be marginally cheaper, looking for a room further away from the centre is not always the smartest idea if you’re trying to save money. You will end up spending more time and money on the tube than anything else; with a month ticket costing you on average 144.80 GBP (199 EUR.) Count your blessings. Some words of wisdom from an ex-London expat: any friends that will let you crash on their sofa while you sort yourself out are real friends indeed. 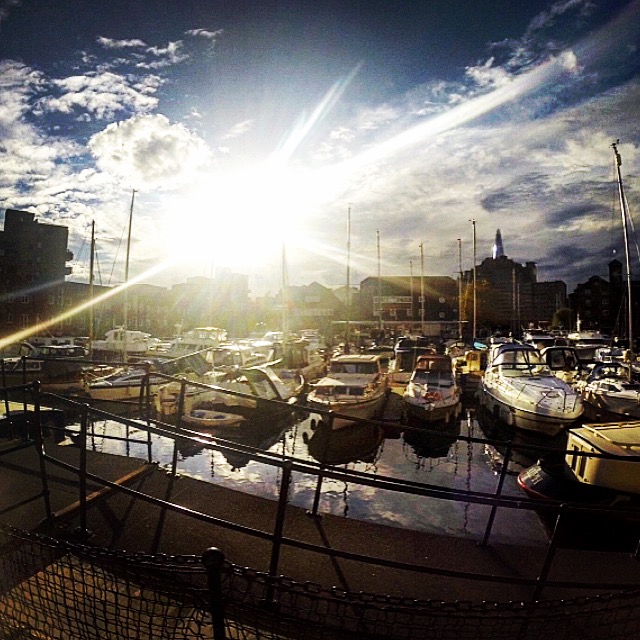 If you come from the mainland, you will be familiar with the idea that the UK does not have a national cuisine; this is debatable. What London does have is a huge variety of choice concerning world food. In case you feel down to an international dining experience while on a great night out, consider paying a visit to the Borough Market, Spitalfields or the Urban Food Fest in Shoreditch. With a whole range of ethnic supermarkets too, why not have a go replicating different cuisines from the confines of your kitchen; cook your friends a Russian borscht to start, Spanish arroz con mariscos as a main and top it off with an Italian tiramisù: you’ll amaze them!

Enjoying yourself… for free!

According to many, what London lacks in cheapness, it more than makes up for in cultural life. If you enjoy taking some time to yourself, London offers an amazing amount of places to go to, without spending a penny!

It’s not true what they say about the UK, it’s not always raining; when the sun breaks through the clouds, London sparkles. Enjoy it by taking a walk down the South Bank and soak up the sun. 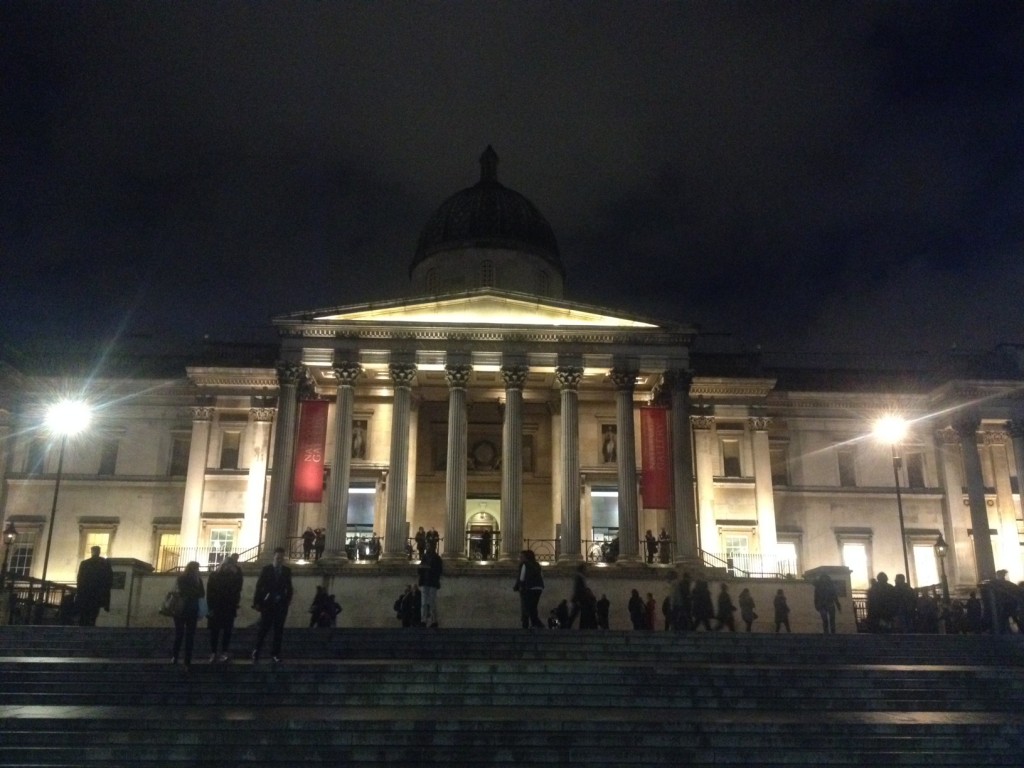 You may think that you have found the perfect flat, but then you realise that you might as well spend more money and live closer to your office, than spend half your wages on an annual tube pass. Unfortunately, the London Underground is the priciest in the whole Europe, with a single fare costing 2.20 GBP (3.04 EUR) – or 4.40 GBP (6.09 EUR) without an Oyster card.

The tube is not the only way to get around this city, the public bike hire system popularly known as “Boris Bikes” after the Mayor of London, is a cheaper option. Since the Oxford Street Underground stop is closed three times a week due to overcrowding, it may even be quicker to whizz around the city on a bike.

Last Christmas I cycled through the whole London from one side – Whitechapel – to the other – Clapham Junction. It was definitely among my top 5 moments in the UK, so draw your own conclusions!

Here is something that might perk you up: there is a whole world to be discovered, in London, but you can only acknowledge that if you take your time and live the city properly. The city may live at an outrageously fast pace, the trick is not to try and keep up, but to let it whiz by while you enjoy the show.

Keep calm, and arm yourself with a big smile; you’re moving to a city that is arguably the most exciting and colourful in the whole world, so break a leg!