The image of French people is known to be very odd in many countries, but did you know that many of their stereotypes were not entirely true? Read on to see the funny, yet completely untrue French stereotypes known around the world.

This might surprise some people, but no: French women are not hairy. This old stereotype has actually not been true since after the World Wars. Times sure have changed since then, but the stereotype still remains. The French are actually very conscious of their appearances, and almost all of them shave or wax.

Just like in every country, you can stumble upon rude people in France. But unlike what most people think, French people are quite lighthearted and have a good sense of humor, unless they’re lacking patience.

This stereotype started with tourists going to very busy Parisian restaurants or hotels, where they weren’t always treated with the most respect. Funnily enough, it’s because the French have stereotypes about the tourists being annoying that they later got the reputation for being rude…

This might be partly true in some areas, especially around Paris, where they do have a strong sense of pride. But most of them don’t believe they’re superior, and you might actually be surprised at how nice and open they might be, especially in smaller cities or towns that aren’t so used to having tourists. 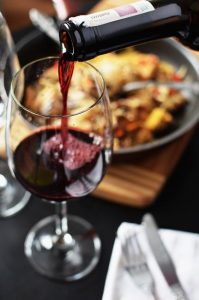 They drink wine with every meal…

This stereotype is a bit out of date. French people do drink a lot of wine; why wouldn’t they with the amazing wines they have? But this doesn’t mean they drink wine every day. Nowadays, you will find many French families switching wine for water during dinner.

…But never drink too much

“French people are too classy to have too much to drink”. This statement is false: the French don’t just drink with their meals, nor do they just drink wine.

The cheese capital of the world

France is full of great cheese, but it doesn’t mean that their diets consist of only bread and cheese. It is true that they often serve cheese in between the main dish and the desert during dinners, but most people will just take a little piece and eat cheese in moderation.

The French are romantic

This might be a big disappointment for some foreigners going to France, thinking they will fall in love with a romantic French man or woman who will kiss them under the Eiffel Tower. Even though this was maybe true in the 20th Century, things have changed since then. Romeo was Italian, not French.

The French smoke a lot

Let’s face it, this one is true. There are few smoking laws, and many French adults and teens do smoke. However, their reputation as Europe’s chimney is not entirely true: some central and Western European countries have more smokers, but save themselves from the reputation of being big smokers, unlike France. 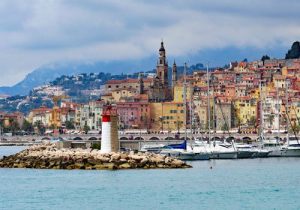 French are a lot more than just beret-wearing, baguette-eating mustachians who think they’re better than everyone else. They might have a bad rap of being smelly and rude, but try to look further than those stereotypes and you might come to the conclusion that they are not at all how you would’ve imagined!