Spanish culture from a Brit’s point of view 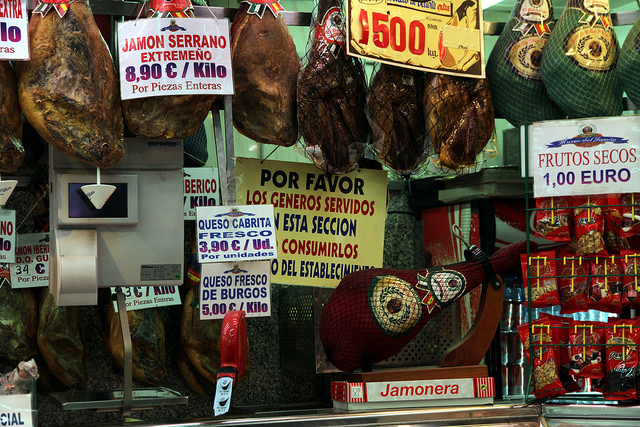 Wherever you move abroad, you are going to experience a different culture, in some countries this may be more exaggerated than others.

Spaniards are pretty different to the ever so politically correct Brits, and some of these cultural differences really do come as a shock to the system.

Let’s start with eating times. When fixing a date with that gorgeous Spaniard you have lined up around 10 pm, don’t be fooled into thinking you will be going for drinks. Unless you are planning on getting your date legless on an empty stomach, it is more than likely that your date will be expecting dinner. Everything starts later in Spain, with that relaxed, or even annoyingly slow pace of life they lead, meal times are shifted a few hours later than what us Brits would expect. Have a big lunch around 2pm (which should last the entire duration of your afternoon) so you’re stomach won’t be making gargling noises when its time for dinner, after 10pm.

It may sound absurd to go without food for so many hours in between lunch and dinner – but don’t despair, that’s why the Merienda was invented, the Spanish “snack” which is usually eaten around the time that a Brit will sit down for dinner. Meriendas can be a pretty weird experience, such as a chocolate bar in a bread roll – its still a mystery as to why Spanish people are so slim! 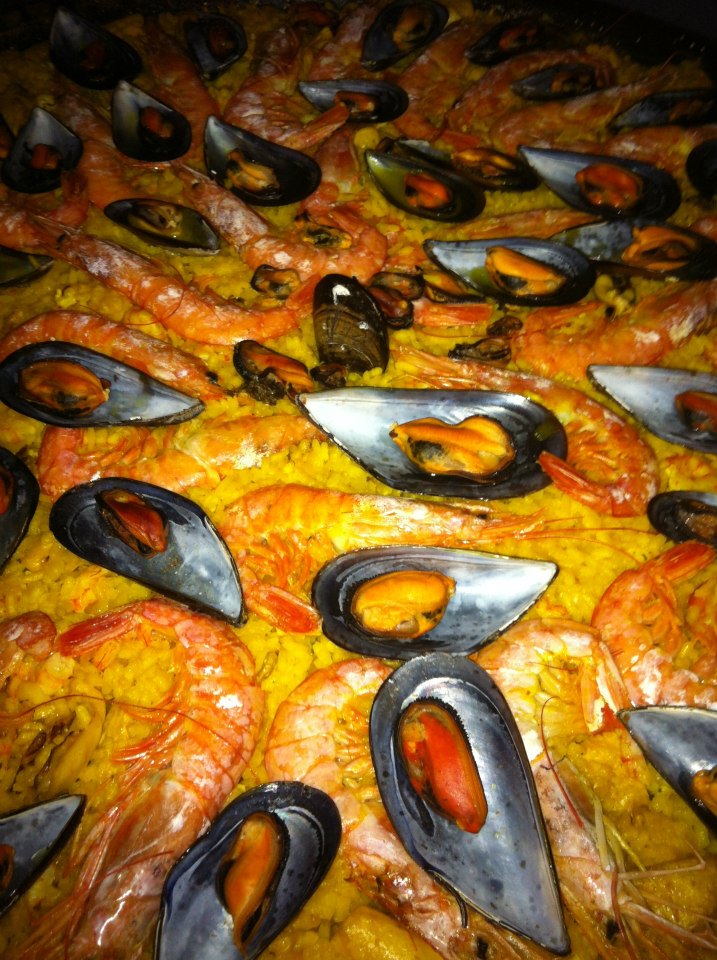 A nice cup of tea…or not

Do you miss that lovely cup of tea since living in Spain? Unfortunately, (without trying to sound condescending) Spanish people generally don’t do tea so well. Unless you want a glass full of water heated in the microwave, an odd tea bag (far from our cherished PG tips or Tetley’s) served with hot milk – stay far away from té inglés and replace it with beer if you truly want to fit in. As you may have noticed from the microwave reference, kettles aren’t a big thing here, count yourself lucky if your rented apartment has a kettle and/or a microwave! Continuing with beverages, what experiences have you had when ordering a hot chocolate? Unless you don’t venture from a chain such as Starbucks, it is likely that asking for a hot chocolate will mean a cup of pure, melted, rich chocolate (sounds great, but its really not liquid enough to drink properly). The other option is to be served hot water along with a childish little pouch of chocolate powder Cola Cao (the Spanish version of Nesquik, which is apparently acceptable for adults to drink in public).

Public transport full of polite, courteous and respectful people making your journey ever so enjoyable? Think again. Have you even been pushed or shoved on the metro by someone’s shoulder or over sized handbag, without even a glimpse of remorse from the culprit? If you are old, have a broken leg, or are several minutes away from giving birth don’t expect anyone to offer you their seat – they snatched it first and I’m afraid to say, they won’t be getting up. In addition, apparently it’s not rude to openly stare at people for an inappropriate amount of time whilst on the metro – try staring back to make the journey more entertaining. Metro etiquette is very different to what we Brits are used to, it is more likely that someone will slam a door in your face rather than open it for you as a kind gesture.

Take note that in the metro, it is survival of the fittest. 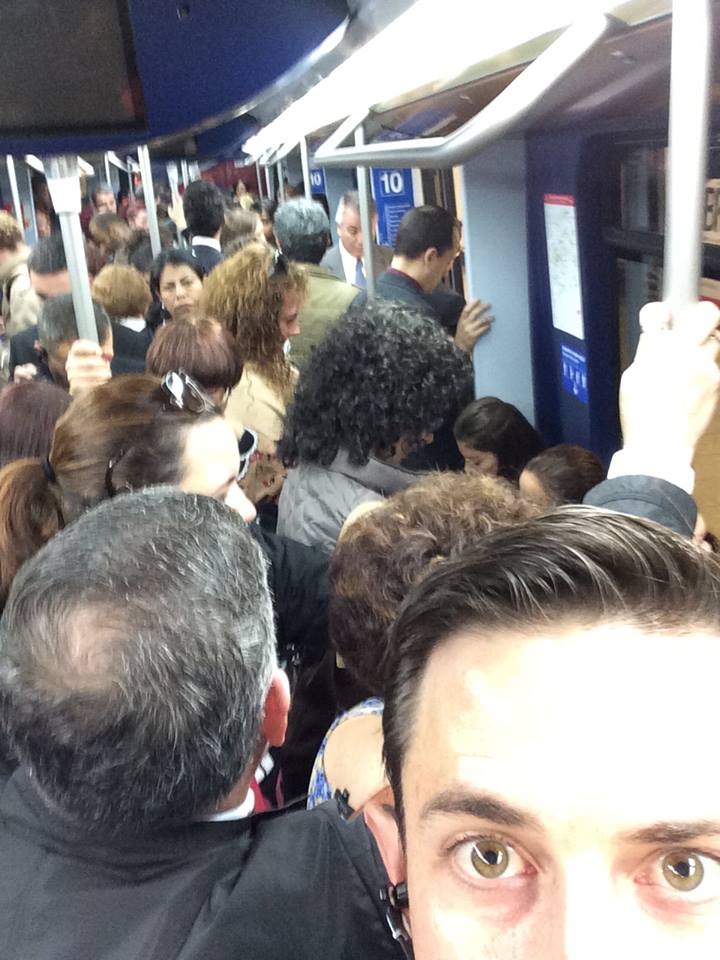 On the theme of etiquette, Brits are renowned for their love of an orderly single-file queue. It is advisable that you leave your idea of queuing back in the UK, in Spain there is no line, you have to ask the group of people gathered who was the last person to arrive and then you wait until that person has been served. Thus, banks can be a nightmare, if you are not aware of this system, since you stand around trying to work out what is going on, silently cursing under your breath about the insanity of disregarding the queue system. The random closing times during the afternoon adds to the list of annoyances when dealing with banks.

No work and all play makes a happy Spaniard

Onto the kudos of living in this fabulous country – public holidays. There are so many public holidays in Spain, you will receive many random days off thanks to a Saint you didn’t know existed or a special celebration of the region you are living in…any excuse not to work. If this holiday happens to fall midweek, the Spaniards call it a puente (bridge) and extend the holiday until the weekend (whoever invented the puente deserves to become a saint!) 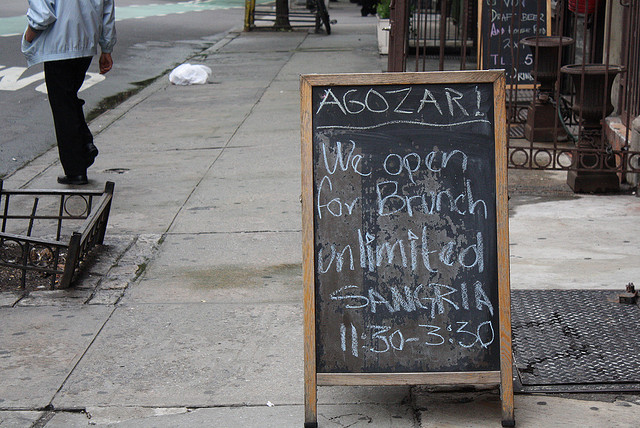 If it’s not an official holiday, why not join in one of the many strikes – Spaniards are a passionate bunch, unlike the stiff upper lip we are so used to, Spanish people aren’t afraid to express their opinion on pretty much everything.

Let’s finish with the night life. What’s your experience of the night life in Spain? The night starts late, which can surprise many, so a word of advise: don’t peak too early and then pass out by 11pm, the Spaniards will laugh at you. Have a siesta and prepare yourself for an incredible night ahead! Bars usually liven up just before midnight, and don’t bother heading to a club before 2am – that’s where the real party starts! You will never be late for the fiesta, the celebrations will continue till the early morning, getting home around 6 or 7am is a sign of a good night out. 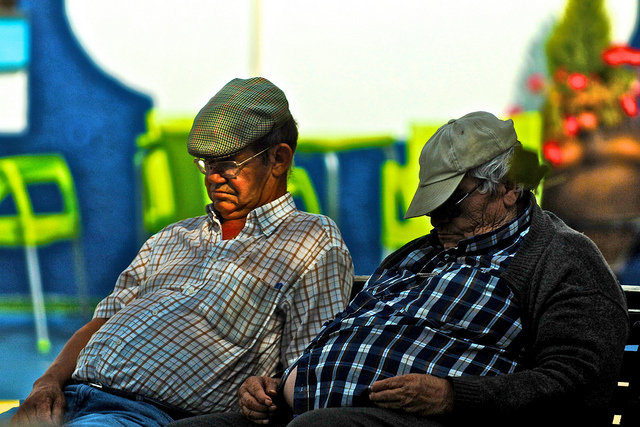 Calling all expats in Spain! Have you experienced any funny cultural differences you would like to share?

Or moving to Spain soon? Check out our Spain guide for all the need-to-know stuff.

I’ve been here almost two years and I’m dreading leaving one day! What do you miss the most?