Do you study or work? 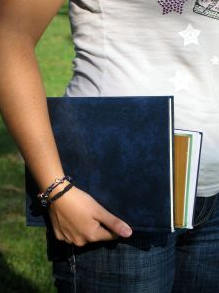 I was an Erasmus student in Aix-en-Provence and three years later, a receptionist in a hotel in Paris. In between, I went to Izhevsk, Russia, for one year to study and two years later, I went to teach Spanish in Kazan, Russia again, for a year. This means that in five years, I have been a student and an employee both in France and Russia.

My experiences as a student were a good introduction to the culture of the countries I was going to end up working in, even if at the time I didn’t realise it. Some things shocked me quite a lot – lunch at 12 o’clock? Really? Not even a handshake when meeting people?

Some things were not what I expected either. Russians turned out to be extremely hospitable and affectionate even if travelling to Russia was like travelling back in time, old, Communist-style buildings and a 1950’s mentality. In France, despite the wonderful sense of humour and politeness of French people, I discovered French administration works terribly. 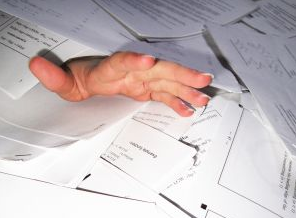 As a student, I travelled with exchange programs, which means that most of my paperwork was done before leaving my own country. Then, the university helps you out, exchange students follow set procedures and a lot of it was done for me.

As an employee, you are on your own. I didn’t need any visas (or even a passport) for France but French paperwork is pretty bad, and that’s coming from Spain! In the end I decided not to apply for a CAF, the financial aid for renting, I had had enough bureaucracy trying to open a bank account.

Although, French paperwork is not as horrifying as the situation in Russia. Where I ended up wandering around Kazan for a month looking for 9 different people, including not only my boss, but also a gynecologist and the fire station chief to sign my contract so that I could get my salary.

Regarding culture shock, I studied abroad before working abroad, so I experienced most of the cultural misunderstandings as a young and distracted student. 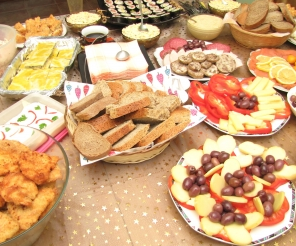 For example, in Russia when you visit a Russian friend, the last effort you need to make is to walk up the stairs, because once you arrive they will treat you like a queen, giving you everything that they can possibly imagine you may need. This was of great help when I went there to work: I knew what I was going to find, what I was going to like and what I wouldn’t, and how to avoid certain problems.

As a student I was not fully involved in the local lifestyle since I often hung out with foreigners, giving me a safety net which allowed me to be an observer of local life.As a student, there were some experiences, as far as working was concerned, that I just didn’t have, not even in my own country. Whereas as an employee, I couldn’t be all innocent and blind regarding certain things, especially in Russia, where lots of women work but are completely ignored and disregarded or when corruption was taking over the Spanish department at university.

I am satisfied and proud of the way I have acted, just the same way life works actually, studies first, working life afterwards. If other people have the opportunity to do the same, I would recommend an introduction to the country such as a holiday first, this just helps smooth the process. Don’t feel guilty for hanging out with fellow exchange students either, though you might not be “going local” you are still meeting people different to yourself and that is a big part of living abroad.