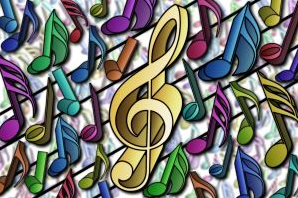 We don’t all live in a musical where nuns sing about us and teenage boys dance around flashy cars. That said, whatever your situation in life there is probably a song written about it.

Expatriate life is no exception – with a new culture, language, friends, job, there are many emotions that can, and have been, translated into music. Life is not always a song, but here are some to help you remember that others have shared the same expat feelings as you.

Sting – “Englishman in New York”: An undeniable modern classic, Sting’s “Englishman in New York” comes pretty close to how many expats have felt. Regardless of their country of origin and destination. “…It takes a man to suffer ignorance and smile/ Be yourself no matter what they say…” – the song celebrates being proud of where you come from and not being put down by people who refuse to see beyond your “alien” habits.

Guns n’ Roses – “Welcome to the Jungle”: Axl Rose wrote this song to describe his own transition from Indiana to Los Angeles. Even though he can’t be considered an expatriate, if we look beyond the wild rock star lifestyle, the song is actually pretty relevant to starting a new life abroad. “Ya learn to live like an animal in the jungle where we play” – at some point of our life in the host country, we have all felt like we have been thrown in a jungle where the only way to survive is to adapt.

Songs about expatriates and nostalgia

Michael Bublé – “Home”: When living abroad for a long time, moments of nostalgia are (almost) inevitable. Even though Michael Bublé’s “Home” is more of a love song, it captures that feeling of wanting to be back to that place you belong in an instant. “Another summer day/ Has come and gone away/ In Paris and Rome/ But I wanna go home… Another aeroplane/ Another sunny place/ I’m lucky I know/ But I wanna go home”- doesn’t it sound familiar?

Elton John – “Rocket Man”: The lyrics of the song “Rocket man” by Elton John are based on a short story by Ray Bradbury with the same title. The story is about an astronaut torn between flying away to do his job or stay with his family. It is not hard to see how expatriates can relate to this feeling, even if they aren’t going all the way to Mars.

Lynyrd Skynyrd – “Sweet Home Alabama”: One song that captures the genuine joy of returning home is Lynyrd Skynyrd’s “Sweet home Alabama”. “….where the skies are, oh, so blue…” – you don’t even have to be from Alabama, or even the US to recognize the feeling. And, if the name of your home town or country can replace “Alabama” to fit the music- even better!

What are your favourite expat related songs? Share your opinions in the comments below.