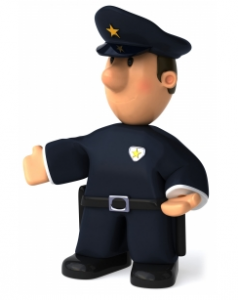 A recent press release from the British Foreign Office observes that the number of travellers finding themselves in trouble after coming up against unusual foreign laws and customs is on the rise.

As far-flung, exotic destinations continue to grow in popularity, it has never been more important to do your research before you travel. Not only will you stick out as a tourist not adhering to the local customs of other countries, but you could land yourself in some serious trouble by breaking unexpected laws. Don’t get caught out!

In recent years bans on smoking in public places have been widely introduced, but not every country has taken it to the lengths of Ukraine. Not only is it illegal to smoke in any indoor public space, it is a criminal offence to spark up in some outdoor areas including playgrounds, parks and even bus stops. Punishable by fines of between 1,000-10,000 hryvnia (€100-1000).

Mind your step when in Poland, jaywalking is punishable by fines of between 50-100 zl (€10-20). If there is a designated crossing point within 100m of where you are then you must use it.

Planning a stag do to the United Arab Emirates? Be forewarned that the usual tradition of scantily-clad men in cocktail dresses and stilettos will not go down well. Cross dressing is illegal and punishable by imprisonment or deportation of foreign nationals.

Please wipe your feet, you are entering Australia! On the extensive list of items that are restricted by Australia’s border control are seemingly innocent shoes contaminated by soil. They must be declared upon entry into the country. Failure to declare them may result in an on-the-spot fine of up to $340 AUD (€200), and even if declared they may still be confiscated or quarantined.

If you are planning to document your arrival into Tinseltown for bragging rights, think again. Heightened security means that photographing the LAX sign at Los Angeles international airport is a big no-no. You won’t face a fine or arrest, but you could receive a stern telling off by the boys in blue.

And the not so serious:

Cultural differences do not always have such drastic consequences, you may just end up with egg on your face.

The Dutch, for example, take the saying ‘There’s no such thing as a free meal’ quite literally. Been invited to someone in Holland’s house for dinner? There’s a catch, you will be expected to pay for the cost of your food.

To many, tardiness is likened to a sin, not the Venezuelans. In Venezuela promptness is considered highly rude, demonstrating a visitor’s over-eagerness and even greed. Ten to fifteen minutes after the time indicated is far more acceptable time to arrive.

Watch your manners when eating in Norway, table etiquette is of the utmost importance to the Norwegians. The use of cutlery at all mealtimes must be observed, even when tucking into a humble sandwich!

So do your homework, embrace the culture and don’t let ignorance spoil your trip!