Don’t get caught out, know the local laws 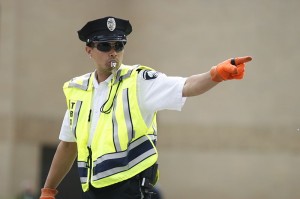 In the hype of getting ready for your next trip abroad, perhaps the last thing on your mind is to check the local laws of your destination. Nevertheless, naive Brits are becoming notorious for their illegal activities whilst on holiday!

Every year Brits are caught off guard and find themselves faced with being arrested or with a substantial fine for disobeying foreign laws. According to a study carried out by the Foreign and Commonwealth Office (FCO), although 70% of British jet setters believe researching local regulations is important, only 40% actually brush up on the laws before travelling. The FCO is now urging travellers to do some research on laws and customs in the appropriate country before they travel in the hope of avoiding problems.

Foreign laws that you probably would never consider a criminal offence range from driving an unwashed car in Russia, to wearing camouflage in Barbados! UK tourists don’t have a great track record as far as respecting local legislation goes, last year two Brits were arrested in the Imperial Palace in Tokyo after going for a swim in the Emperor’s moat. Even if you were to commit a trivial offence, in Japan this can mean staying in custody for 23 days before an investigation is carried out – a sure way of ruining the perfect holiday you had planned.

Japan isn’t the only country to take offence with unaware UK travellers; holiday makers have broken other rules such as leaving the beach still in their bathing suits in Mallorca, jaywalking in Poland, or not covering their arms/legs inside churches in Italy.

So that you can enjoy your holiday without running into trouble with the local police, here are some new regulations in 2014 and 2015 to look out for:

The FCO advises that its very worth while to brush up on the local regulations when preparing for your next trip. Even if it doesn’t involve committing a crime it is always a good idea to bear in mind the locals customs and traditions to avoid any potentially offensive behaviour.

Have you encountered any unusual rules or regulations abroad? Tell us in the comments below!