Wacky etiquette and customs around the world 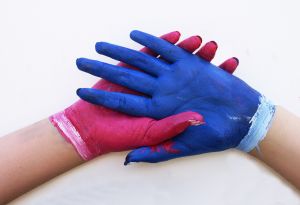 In an increasingly interconnected world, an eclectic mix of customs and etiquettes still remain. Such striking cultural differences can provoke sheer embarrassment for many new expats. These differentiations can highlight ethnic and cultural identity and vary greatly according to each country.

Here we have specially handpicked  some of the wackiest customs, cultural differences and etiquettes around the globe:

Sending a Christmas card to a loved one in Japan may be a thoughtful idea but make sure that it is not red. Red, although a traditionally festive colour is associated with bad news, as funeral notices are posted in this colour in the country. Postcards are also not commonplace amongst Japanese holidaymakers as it is more customary to bring back an edible souvenir (and yes, it can be red!).

In Indonesia, squat toilets are implemented widely across the country, from luxury restaurants to bog-standard hotels (pun intended). The squat and aim method is seen as more hygienic as your body does not touch any germ-infested toilet seats and promotes more natural bowel movements. Many toilets don’t have a flush thus a bucket filled with water is thrown down the toilet afterwards.

Asking to pass the salt in Egypt is seen as a serious insult to the host’s food, deeming it bland or even repulsive. It is also worth buttoning up instead of asking for other condiments such as pepper, as this also has the same negative connotation. Ketchup is permissible but it is best avoided amongst acquaintances and during formal meals.

In Greece, it is customary to fling milk teeth onto the tiles of your roof, followed by chanting a small rhyme which is meant to bring good luck and a healthy new replacement tooth. Thus the tooth fairy doesn’t seem to be coughing up pocket money in Greece, however an array of milk teeth may be seen lodged on Greek rooftops.

In Finland, it is not uncommon to be invited out to a sauna after a formal business meeting has taken place. This gesture is a sign that the meeting was successful however during the sweat-filled natter, the conversation customarily takes a more informal tone. Finland is full of sauna fanatics and with more than 2 million saunas in the country, they are sure to warm up icy after-work evenings.