How to cope with learning Chinese – Lessons from a native speaker 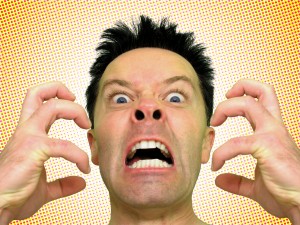 Since we’ve been together, my Dutch boyfriend has faced a challenge which he calls a long-term mental torture. This torture has nothing to do with me, actually, I don’t take him shoe shopping or make him watch every season of ‘Sex and the City’.  His mental anguish actually relates to learning my native language, which is Chinese.There are two types of Chinese – simplified Chinese and traditional Chinese. They are generally the same but often the characters are a bit different. Traditional Chinese is the most difficult of the two. My boyfriend actually made a priceless face when he saw the traditional Chinese character 邊 (it means ¨side¨)on his textbook.

Learning Chinese isn’t easy – this is especially true when studying the traditional language. Those who want to study it are often puzzled not only by the writing, but also by the tonal system. The way a word is intoned defines it, so getting the intonation of a word wrong might not only end up sounding hilarious but also changing the meaning of the whole sentence. For example, if only one tone is wrong,  ¨my mother¨ might become a ridiculous ¨my horse¨.

Seeing my boyfriend struggle to learn Chinese (with much effort he is actually learning very well), has made me realize that there are a few things that you should bear in mind if you want to learn the language.

1. Be Patient – Being patient is key to learning Chinese (and any other language) successfully. But this is especially true with Chinese, as it needs a lot of time and an enormous amount of effort to be mastered. If you’re living in China, take the time to practice with the locals, and know that speaking the language flawlessly will take time.

2. Learn about the Chinese culture – Some Chinese idioms or sayings are originated from folklore or from a historical fact. By learning where some sayings come from, you will be able to remember it better. This will also help you integrate with the Chinese people.

3. Speak, speak, speak – The tonal system in Chinese makes practising speaking the language even more important. You will make mistakes at first, and that’s OK. Chinese people will appreciate that you are making the effort to learn. Learn to laugh at your own mistakes, and speak the language whenever you get the chance – whether that’s at your children’s school, at the market or with a neighbour.

Chinese is a beautiful, rich language that is full of subtleties. While it takes time to become fluent in it, I am sure that you will find that your time studying it was well spent.

I had a similar experience, and it inspired me to try to make the Chinese language more accessible. The approach that I found works best is to learn through Pinyin initially, and use literal translations to get behind the meanings of each word.