Starting an expat life: My first impressions of Spain 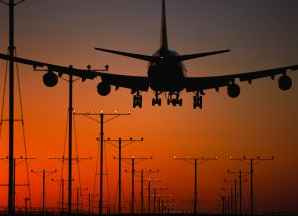 Moving to Madrid has been my second change of home within two months since I have spent my whole summer working at the Costa del Maresme in Catalonia. Although having been in Spain before, the changes were tremendous when I arrived in the capital of Spain. Coming to a city I have never seen before, not knowing anybody, was definitely a new and tough situation to deal with. So the best thing to do was just plunge directly into the action.

Probably the first thing that occurs when you are trying to get anything done in your new environment are language barriers. Luckily the “Madrileños” appeared to be very kind when I tried to explain my needs in their language although my Spanish is not brilliant at all. On the other hand I soon had to learn that, once they realise you are speaking their language, they suddenly start to talk like a waterfall making it almost impossible to follow. So even if learning the language had been one of the main reasons for going to Madrid I find myself communicating in English. I guess it is essential to hear something familiar in order not to feel isolated in a foreign place. It is nothing to feel bad about.

Having lived all my live in the area around Munich I realised at first sight: Madrid is completely different. It is bigger, louder and more global. Anyhow it has kept its Spanish character. The clocks are ticking differently in this city. Firstly it appears people have more time, everything is a bit slower than in Germany. Secondly the daily life seems to happen more in the evening (I could never imagine German preschool children on a playground at 9pm). Madrid is called “a city that never sleeps” for a reason. Let it be workdays, in the middle of the night, or a Sunday afternoon. You will always find public places, bars and restaurants crowded (a situation I may find at home only during the Oktoberfest). These circumstances make it easier to get in touch with locals as well as with other expats.

Without a doubt I had to face many difficulties during my first days in Madrid. Nevertheless, as far as I can judge from here, it is a city full of life, full of things to discover and maybe most important: a city that welcomes you with open arms.