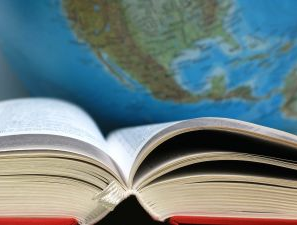 Language as your bridge to the locals

When living abroad as an expatriate, you often feel lonely, that you don’t belong and sometimes even like a complete stranger in a foreign country. These feelings are completely normal as every expat is likely to feel this way in one point or another. However, there is one factor which can drastically improve your feelings in your new country. This factor is the local language. There is some research to suggest that learning about the local culture and language can help alleviate feelings of depression.

As an expat, having the ability to speak the same language as the locals will make it easier to understand their way of life. How to behave in their houses, among their families, in a restaurant and even in a business meeting. In fact, it will help you understand a different way of thinking.

Besides understanding the verbal language, you will also be able to grasp the non-verbal code and various nuances of expression.

Through the process of learning a different language you can improve your self confidence. Making an effort, focusing on studying, experiencing success and accomplishment will improve your learning skills. Your curiosity will pique and the need to discover and explore new things will grow.

Many people will be surprised to know that by learning a foreign language, they are actually improving their public relations skills. Most people appreciate the effort you make in order to communicate with them in their mother tongue. In terms of career, especially if you are an expat abroad for work reasons, mastering a foreign language could well open doors for you. Nowadays, many companies seek to recruit multilingual employees, who will help them to preserve the international connections they have developed in the past and to create new ones for the future.

The modern world is a global village. The key to solving problems is good communication. Being able to communicate in the same language is already an advantage. As written in the Hindu philosophical texts of Upanishads, “It is not the language but the speaker that we want to understand”.