World festivals in November and December 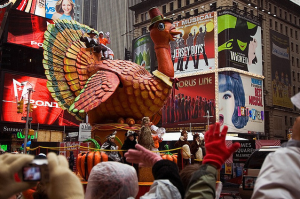 In our second festivals installment, we look at some of the global festivals leading up to the new year. We start with November, and the very English celebration of Guy Fawkes, 407 years after his gunpowder plot!

Guy Fawkes Night – Also known as bonfire night, Guy Fawkes night is an annual festivity celebrated in England on the night of the 5th of November. The date celebrates the day in 1605 when a man named Guy Fawkes, a conspirator in the gunpowder plot, tried to blow up the Houses of Parliament in London. However he was caught just in time, as he was guarding the gunpowder underneath the House of Lords. The occasion has since become a day of festivities which is celebrated in towns throughout the country, usually by having large bonfires, while the night terminates with a firework display almost to emulate the feat that alluded Guy Fawkes back in 1605. The town of Battle, East Sussex, is regarded as being the best place to celebrate the occasion as over 30 different bonfire societies parade through the town in a huge torchlit procession. Participation is encouraged!

Macy’s Thanksgiving Day Parade, New York – Considered by Americans equal to if not more important than Christmas, Thanksgiving day is a staple of American culture. The day celebrates the ‘First Thanksgiving’ where the new pilgrims thanked God for arriving safely in the new land. Today, many Americans return home to feast on a big meal with the whole family, often with an American football game on television. Nonetheless, a Thanksgiving day staple, along with the turkey and cranberry sauce, is watching the Macy’s Thanksgiving day parade on television, or if you are a New Yorker, to head out and see the procession for yourself. The parade started in 1924 and has happened annually ever since. Many of the staff of the store were immigrants from Europe during the 1920’s and so they decided to start celebrating Thanksgiving with a parade that was custom in European culture. The parade now has a vast amount of floats and balloons and is also televised live on national television.

Junkanoo, Nassau, Bahamas – Junkanoo is a large street parade that occurs in various towns across the Bahamas on the 26th of December (Boxing Day) and on the 1st of January. The festival begins at roughly 2am in the streets and finishes at dawn so the timing is slightly unconventional. The parade contains live music, street food and a parade with entertainers wearing various different masks. There are also Junkanoo parades on the island of Grand Bahama in summer, in Miami in June and Key West in October where there are large communities with their roots in the Bahamas. It is said that the festival originated in the 16th and 17th Century when slaves were given a brief holiday around Christmas and they celebrated by donning African masks and costumes while dancing to African music. The best place to take part in the festivities yourself is in the largest Junkanoo festival in the world, the one that takes place in the Bahamas’ capital, Nassau.

Natchitoches Christmas Festival, Louisiana – Whilst the festival has expanded into neighbouring communities due to the vast crowds that descend upon the Louisiana town, the main festivities are in the centre of Natchitoches. The festival, also known as the festival of lights is celebrated through parades, music, dance and a variety of local foods. We recommend you are present for the opening day, the first Saturday in December to witness the firework display, terminated with the switching on of over 300,000 lights and 100 set pieces lining the River Cane. The festival draws over 100,000 visitors annually and the lights along the River Cane stay until usually the 6th of January. The festival began during the 1920’s when the Power & Light Department of Natchitoches thought lighting up Front Street would be a nice gift to its customers and the citizens of the town. Almost a hundred years later and the festival has grown in popularity so much that we advise you book a hotel room well in advance as otherwise you may end up paying triple normal rates.

Let us know if there are any festivals that we have missed, large or small, we’d like to hear from you!