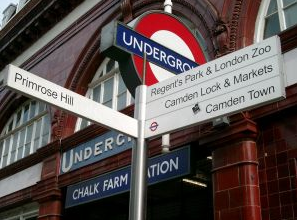 The HSBC Expat Explorer Survey has found the impression of British culture among expats has improved since last year.

One of the big movers in expat experience since the 2011 survey is the UK, which moved more than 10 places up the expat experience league table from 29th to 18th position. Half (49%) of UK based expats said they found it easy to make local friends and seven in ten expats (71%) reported they found it easy to integrate within the local community. It seems expats in the UK are also lucky in love with almost half (48%) finding a life partner, compared with the global average of only a third (33%).

Two thirds (65%) of expats in the UK think of the country as a culturally interesting place to live. Additionally, almost nine out of ten (85%) expats surveyed were happy to experience the local culture, higher than the global average (78%). This improvement in the cultural image of the UK is likely due to widely publicised events such as the Royal Wedding, Diamond Jubilee, and the Olympic Games. These seem to have helped improve the UK’s image as a great place to live and work on an international scale.

“While the UK mirrors the uncertain economic outlook seen across the majority of European countries in this year’s report, the country ranks much higher for quality of life than we have seen in previous years,” Dean Blackburn, head of HSBC Expat commented. “It seems the cultural events taking place in the country over the past year have helped to boost expats’ views of the country as top destination for entertainment and culture.”

“Try to embrace the culture”

Some popular expat countries featured at the bottom of the expat experience league table. Japan, Vietnam, Kuwait, Saudi Arabia and India were in the lowest ranked five countries. While Japan was rated highly in terms of making friends and local food, but work-life balance and fitting into the new culture were two areas which expats scored poorly.

It would seem the different local culture and language could be a factor in why expats don’t necessarily have a good overall experience in these countries. Both Saudi Arabia and India scored low in terms of work environment, local transport and fitting into the local culture. One quote from an expat in India advises expats to “try and embrace the culture, and not fight it”. While aimed at expats based in India, this advice would seem to ring true for expats relocating to any new country.