How to save money in the most expensive city for expats 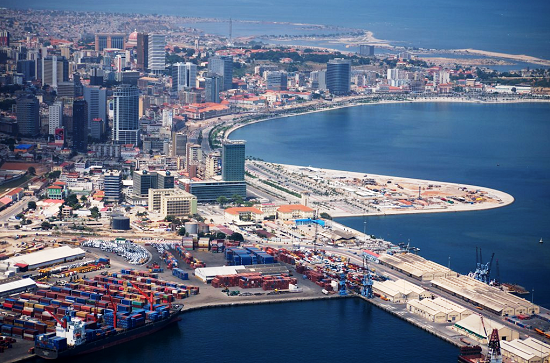 For the second year in a row Luanda, known as the ‘Paris of Africa’, has been named the most expensive city in the world for expats. Being a country rich in crude-oil, gas and diamonds, expats continue to flood into the capital in the hope of finding their dream job.

Unfortunately, this has resulted in a huge demand for housing and services, the supply of which is limited. This does not seem to be deterring people from this expat hotspot.

But Luanda doesn’t have to drain your entire income! Here are a few useful tips for saving money in the “Paris of Africa”.

One of the biggest expenses in Luanda are imported goods. The continual influx of expats has spawned the development of an “import culture”, with most people forking out large sums of money to get their hands on certain clothing brands and food products. For instance, a simple dress from the high street store H&M will cost you around US$105 and a pair of Levi jeans about US$150.

If you can live without these luxuries, you can buy food and clothing that has been produced in Luanda at a significantly cheaper price. You will not only be saving large sums of money, but also supporting the local workers livelihood. Street vendors and markets, while more expensive than in other African capitals, are significantly cheaper than imports. You can also find unique, handmade clothing all over the city.

Public transport in Luanda is very limited, private taxis can cost US$20-30 a trip which is a serious strain on your income, while cheap options such as the candungueiros, light blue taxis that can cost less than US$1 a trip.

Since the production of oil is one of the main industries in Angola, fuel costs in Luanda are extremely affordable. Good news for car lovers, as running your own car is definitely an affordable option. Be warned however, as you may find yourself stuck in traffic for hours on end.

3. Leave the city for cheaper prices

Once you leave the city you can find a surprising drop in prices. If you are looking for fresh produce for example, outside of Luanda you can buy 100 avocados for US$10. Yet, for farmers to get produce into town to sell, they must bribe the local police, thugs and soldiers. By the end of this, just one avocado in the city will cost you around US$5. This is a huge difference in price so buying produce outside the city is a great way to save serious amounts of money.

There are also more affordable entertainment venues outside of the city. The Parque Nacional Da Kissama home to elephants, antelope, exotic birdlife, ostriches, zebras, wildebeest and giraffes is great and affordable safari experience. Tickets cost around US$35.4.

It goes without saying that being safety conscious is important in a city like Luanda. Like most African cities, pickpocketing and muggings are a fact of life. By staying low key and avoiding ostentatious behaviour, i.e. flashing large sums of money, you can reduce the chances of this happening to you.

Although not the sexiest accessory in the world, money belts work wonders at keeping your money hidden and safe when carrying around in public. The city is an expensive place to live and Angolans have realised that most expats living there are likely to be high-salaried employees from large corporations. Be aware that you may be targeted if you are wearing business attire in certain areas of the city.

There is a huge expat community in Luanda which helps make people feel comfortable and more at home. If you are thinking of moving to Luanda you can find out more in our Angola country guide. Why not get in touch with some expats in Luanda community to find out if they have any further money saving tips for you.

If you have any money saving tips for living in Luanda let us know in the comments below!