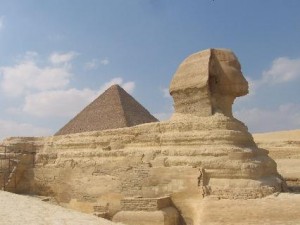 We are excited to announce the launch of our expatriate guide to Egypt! While the Arab Republic of Egypt has long been a popular tourist destination for travelers from all over the world, in recent years the land of the pyramids’ improving infrastructure and low cost of living has made it increasingly attractive to foreigner residents of all stripes. Indeed, Egypt’s expat community consists of everyone from students studying abroad at the prestigious American University in Cairo to NGO volunteers working amongst one of the largest refugee populations in the world – and everything in between!

Since the early 1980s the Egyptian government has gradually worked to open the country’s formerly socialist command economy to foreign investment, and as a secular Middle Eastern country, foreigners living, working and studying in Egypt are not subject to the strict Islamic legal code prevalent among its Gulf neighbors. There is also the added bonus of having thousands of thousands of years of history – from Pharonic times to the Naploeonic era and beyond – just a cab ride away.

Still, Egypt possesses an immense, largely inscrutable government bureaucracy and a buyer-beware service culture more than capable of driving a hapless expat out of his mind. Fortunately, whether you’re wondering which of the three people claiming to have your electricity bill is the one you should actually pay or exactly how many hoops you’ll have to jump through to get a hold of your work permit, our Egypt guide has the answers! And if you’re still not sure about some things, you can ask other people for advice in our Egypt expat community.

Very interesting. The idea of teaching in Egypt is interesting, such an ancient culture and such history. What kind of living can an English teacher expect for a one-year assignment — a flat with a private toilet, for example, or something more spacious?

Yesterday i just came back from Egipt. I must say that it’s simply an incredible place, wiht nice culture and nice people around. I saw there a big difference on what we would call poverty and richness, also luxery and also low quality standards of life. When it comes to culture they have like many interesting things to visit, from the all known piramids, to some of the most incredible churches. Really nice place. I recomand it to everybody who loves on travelling and wants to see a new place with some new great and interesting stuff.