Country of the month: Spain 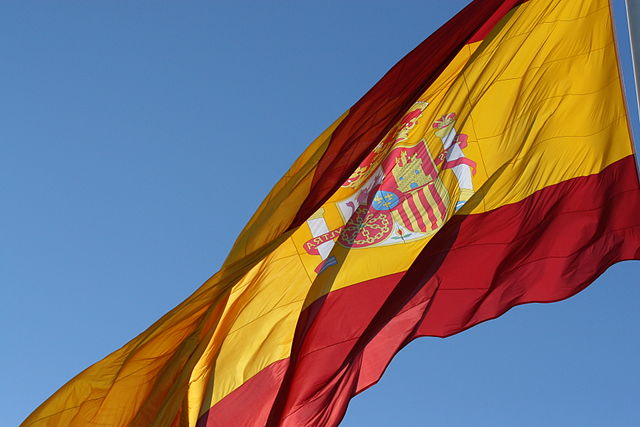 I have been in Spain now for three months and I have come to realise that there is always something going on. The Spanish seem to have an inexhaustible thirst for public events and celebrations. I would go as far to say that there’s likely to be some kind of public celebration every week for a year in Spain.

Kicking off this roundup we have something special for wine connoisseurs.

Logroño festival: 20th to the 26th of Sept

The Spanish celebrate the wine harvest with many different festivals across the country. The Logroño grape harvest festival in La Rioja takes place in the most celebrated of wine-producing regions. The fiesta also marks St Mateo’s day on the 21st of September which is the saint’s feast day.

Sample Rioja’s favourite grape at the fiesta’s many wine tasting events and make sure you catch a grape stomping display – the traditional way to collect the juice used to make wine. There are also floats, markets, a handball championship and an international firework contest to to enjoy while you sip a glass of fine Rioja.

Public events are free to attend but you will need to book accommodation, after all that wine it is not advisable to try and drive home. 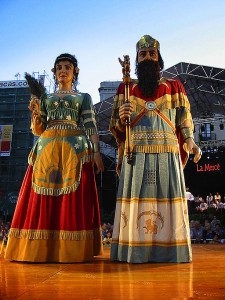 From San Mateo to La Mare de Déu de la Mercè (Our Lady of Mercy), the patron saint of Barcelona who is celebrated in the La Mercè festival. To be expected, this is one of the biggest fiestas in a city known for its many public celebrations.

In 1687, a plague of locusts invaded Barcelona and the city leaders invoked the protection of Our Lady of Mercy. When the locusts left, in gratitude Our Lady of Mercy was appointed the city’s patron saint and the annual La Mercè festival was born.

Throughout the fiesta, there are daily parades and free music concerts. Parades feature costumed participants wearing papier mache heads who play mythical characters, the giants (gigants) and the fatheads (cap grosses). Another must-see spectacle are the human towers (castels) which can be as high as 10 stories and are composed entirely of people standing on one another’s shoulders.

Over 2 million people visit Barcelona to enjoy over 600 events spread across the city’s squares and streets. Apart from paying for food and drink the only real cost would be accommodation and transport to Barcelona.

San Sebastian film festival: 18th to the 26th of Sept

From fat heads to big budgets, the 63rd annual San Sebastian film festival is one of the most important festivals in the world. The festival hosted the European premieres of Stars Wars and the international premiere of Vertigo.

This year, stars including Sienna Miller, Luke Evans and Benicio del Toro will gather in the Basque town joining international directors such as Laurie Anderson and Charlie Kaufman amongst others.

The festival will be opened by “Regression”, a psychological thriller starring Emma Watson and Ethan Hawke. If you are not a Hollywood A-Lister, there are free screenings open to the general public. During the festival there will also be retrospectives, film exhibitions and cinemas showing a wide variety of films in San Sebastian. 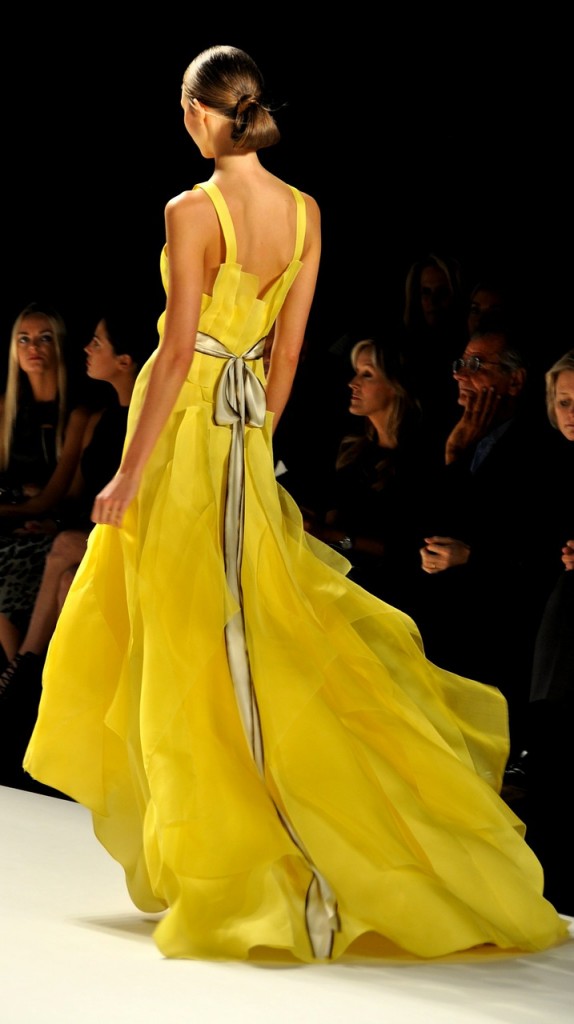 The glamour continues with the Mercedez Benz Madrid fashion week which will take place at the Feria de Madrid. The vision behind the event is to showcase Spanish designer’s to the world. In its 30 year history, the little sister to London, Paris and New York fashion weeks has presented 300 designers.

Desigual’s latest designs will be exhibited to the general public in hall 14.1 of Feria de Madrid from the 18th to the 19th of September. So even if you can’t get your seat on the front row you can still see the clothes up close. Want the latest look? The designs of 15 emerging designers will be on sale at the Samsung Ego Showroom in Cibelespacio to the general public after the main showcase?

A year in Spain

This roundup is evidence of the array of activities and festivities that Spain can jam pack into one month, imagine what a year in Spain would look like? Do you know of any other events happening this month? Let us know in the comments section!